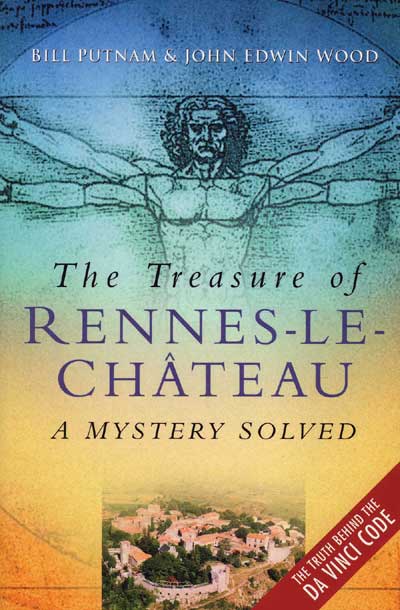 In his best selling book The Da Vinci Code, the author Dan Brown says that there are just two facts in the book: the existence of the Opus Dei and of the Priory of Sion. The Opus Dei is real enough, but the Priory of Sion has a less distinguished pedigree. Bill Putnam, who is an old friend and a former lecturer in archaeology at Bournemouth University, (he wrote a splendid article in CA 154 on the Dorchester aqueduct) has now joined up with John Wood to produce one of the best demolition accounts in recent years. It is entitled The Treasure of Rennes-le-Château: a Mystery Solved, and for any aficionado of The Da Vinci Code, this provides a fascinating, albeit indirect introduction to a wholly bogus world of mystery and treasure.

In 1885, a young curé called Bérenger Saunière was appointed as parish priest of Rennes-le-Château. It was not exactly a plum appointment. Rennes lies in the foothills of the Pyrenees, 40 miles south of Carcassonne, it had just under 300 inhabitants and could be approached only by pack horse track. The church was near collapse, with half its windows blown in and boarded up. However, Saunière proved to be an enterprising builder; he soon rebuilt the church in garish style, constructed a new road to the village, and then built a fine mansion, which he registered in his housekeeper’s name so that the Church could not lay hands on it. He added a belvedere and, to crown it all, a fine library.

Guests were invited from all over France and a good time was had by all.

All the building work must have cost over £1m in today’s money – but where did all the money come from? This is where the interesting story begins, for he invented a fantastic tale that he had found a parchment, concealed in the altar of the old church, and this had led him to the discovery of an amazing treasure even, he hinted, the treasure of the Visigoths, which they had carried off from Rome, and which included the treasures that the Romans had whisked away from Jerusalem. The truth may have been rather different. There may have been three possible sources. He may possibly have found a small treasure in the early stages; it is possible, too, that the attractive young curé was adept in wheedling money out of elderly spinsters, but it seems that the majority of the money came from a standby of the Church in 19th century France: was he ‘trafficking in masses’? The saying of masses could be a profitable business. The standard charge for saying a mass was one franc, which is about £7 in today’s money, and priests were allowed to say three masses a day – which could bring in £21 a day for an industrious but impoverished priest. Saunière, however, said masses on a grand scale: there were plenty of nunneries, from as far away as Belgium, where the wealthy nuns were willing to pay to have masses said that they were not able to say themselves. And so Saunière set up what was virtually a mail order business: he ‘said’ up to 300 masses a day, and the money went to rebuilding his church. Eventually, the Church authorities cracked down on him and he was convicted and sentenced to spend ten days in a retreat; since the bishop was also suspected of the same racket, the authorities could not be too severe. But as he grew old, the enterprise folded, and he died in poverty. His housekeeper lingered on for a further 30 years in even greater poverty, and on her death, the house became a hotel.

However, as a hotel in a backwater it was not exactly profitable; the answer was to build on Saunière’s treasure: in 1956 a local newspaper reporter was persuaded to write three dramatic articles embroidering the story. The ruse worked, treasure hunters poured in hoping to find yet more treasure and the hotel was full. From there on the story developed by leaps and bounds. In 1967 Gérard de Sède turned the story into a best seller, elaborating on many details including that of the treasure of the Visigoths. Then came the BBC, and the Chronicle programme pushed the fables yet further forward in three programmes, in 1972, 1974 and 1979. They were made by Henry Lincoln, who went on to write a best seller, The Holy Blood and the Holy Grail with two coauthors, Michael Baigent and Richard Leigh.

There has recently been a huge law case over whether this formed the basis for the Da Vinci Code.

But the real major addition was made by a mysterious character, Pierre Plantard (b. 1920) who wanted to believe that he was of royal blood, being descended from the Merovingian kings, and notably from Dagobert II, the king about whom least is known. He was a skilled draughtsman, adept at producing manuscripts in a very convincing uncial lettering, and he deposited various manuscripts in the Bibliotèque Nationale in Paris. In the course of tracing his descent from Dagobert, the line went through the Priory of Sion, a highly secret organisation – indeed it was so secret that no-one had ever heard of it until Plantard brought it to light. His discoveries were so successful that Dan Brown, in the Da Vinci Code, assures us that they were quite genuine. There is also a massive overlay of ley-lines and astronomical alignments which John Wood deals with – but I have concentrated on Putnam’s side of the story.

The most amazing thing about this whole story to me is how recent it all is. Somehow one expects myths to be the creation of older, more gullible generations: is it really possibly that so powerful a myth should have sprung up within my own lifetime – indeed within the lifetime of Current Archaeology (born 1967)? The answer is clearly yes, there is a great demand for a belief that Christ survived the Cross, happily married Mary Magdalene, and had a family whose descendents are still with us; and there is a demand for the Priory of Sion, a secret society that is even more secret, and more powerful than the Masons. But there is also, fortunately, a demand for books that debunk all this nonsense; and we are fortunate that Bill Putnam and John Wood have provided such an elegant and readable debunking masterpiece.