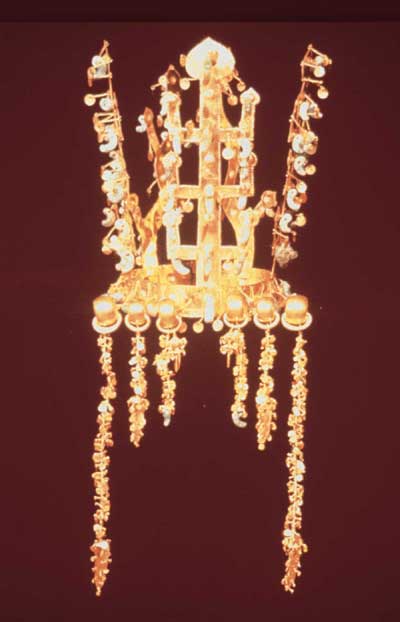 The most successful of the Three Kingdoms were the Silla, who eventually in 668 succeeded in dominating the other two kingdoms to inaugurate the ‘United Silla’ period (668 – 935) Their chief city was Gyeongju, today one of Korea’s great cultural treasures, with a fine Tumulus Park, where the Gold Crown (above) was excavated.

Perhaps the finest of its treasures is the monastery of Bulguk-sa, which was burnt down by the Japanese invaders in 1539, but has recently been rebuilt and has now been declared a World Heritage site.

It contains two of the finest Korean pagodas, which, though smaller than the Japanese pagodas, was nevertheless built entirely of stone; this is a particularly fine example.