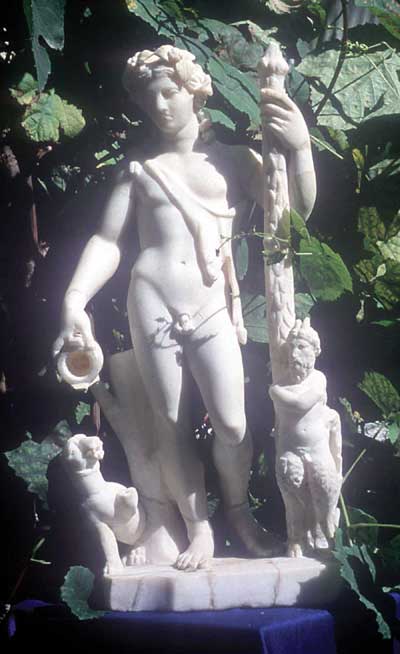 We follow the Romans across their empire to Dacia, modern Romania. Here the emperor Trajan established the Roman province of Dacia, the last province to be added to the Roman Empire and one of the first to leave it. The capital of Dacia was Apulum, and here a major sanctuary of the Roman god, Pater Liber has been discovered. Not only have statues of the gods been recovered, but also two large ritual pits, where money-boxes (empty!) and other ‘ritual’ objects throw new light on religious practices in the Roman empire.

Dacia – today modern Romania – was the last province to be added to the Roman Empire in AD106. The capital was at Apulum and here excavations have revealed an extensive sanctuary of the Roman god Liber Pater, often identified with Bacchus. This fine statue was one of the earliest discoveries.
Many other statues have been discovered, many of them set up by soldiers in the nearby fortress. Here we see a fine statue of Venus, sadly without her head.