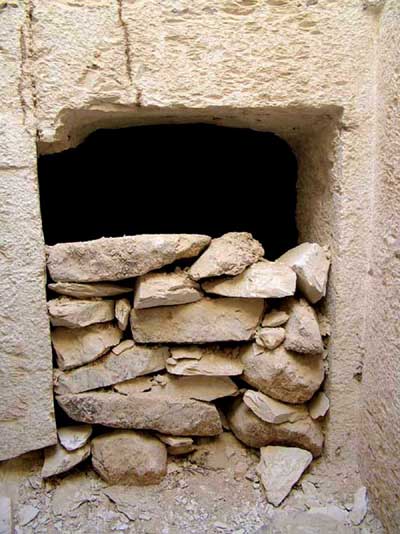 This February, the Egyptian authorities made public the first new tomb uncovered in the Valley of the Kings since King Tutankhamen’s was discovered in 1922. Great excitement surrounded this find. Previously, 62 tombs were known in the Valley of the Kings – labelled KV-1 to KV-62. In February, the new tomb, labelled KV-63, took its place in the catalogue. Day by day, we have been hearing news of the unfolding story of its excavation.

The tale of discovery began at the end of the 2005 digging season. An American team from the University of Memphis, led by Otto Schaden, were working on the neighbouring tomb of Amenmeses, a late 19th-dynasty pharaoh, when they found the remains of ancient workmen’s huts. They then discovered a depression in the bedrock that they suspected was a shaft. In true Valley of the Kings’ style, it turned out to be a 7m deep pit. A narrow shaft led down another 5m to a stone door.

The archaeologists made a hole into the door, through which they peered in February. Behind the door, they found an undecorated room, measuring around 4m by 5m, within which were seven wooden human-shaped coffins. One of the seven coffins is a smaller youth size coffin with a ‘yellow face’. Two of the adult size coffins also have yellow faces. The remaining coffins are covered in black resin.

The team, keen to remove the contents for further investigation, devised a pulley system that is facilitating the safe removal of the coffins and jars from the shaft. Following investigation, the coffins were found to be in poor condition owing to prior termite intrusion and damage, although there is no evidence of water damage. The contents of the coffins were investigated, revealing some surprising evidence: four contained remnants of pottery, shrouds, and materials used in mummification.

In addition to the coffins, the tomb contains 28 storage jars, 27 of which surrounded the coffins (the 28th lay beneath one of the coffins). No two jars are alike but many are hefty models, measuring around 70 cm high – with one weighing in at a mighty 90-95 pounds. Three were broken at the rim or lower neck, but most of their lids are sealed or partially sealed. Examination of the contents of five of the storage jars revealed an interesting and slightly odd selection of items including resin, natron, pottery (decorated and red ware), amazonite, carbon, wood, bandages, seals, mud trays, flora, seeds, small animal bones, and beads.

Right from the start experts were confused as to the identity of the individuals interred. Right from the start, they did not think it a royal tomb. All they could definitely say was that the tomb dates from the 18th dynasty – that is, around 1500 to 1300 BC – making it contemporary with Tutankhamen, Amenophis III, or Horemheb.

However, this March, reports have been published in the international press that claim KV-63 was not a tomb, but a room. Or more specifically, that the evidence outlined above indicates that the room was used as an embalmers’ workshop. But despite these publicised assertions, the excavation team is not so sure: ‘a great deal of effort was put into the site and we cannot definitively state that this was not a tomb’, explained KV-63 artist and recorder with the excavations, Roxanne Wilson to CWA. ‘As of now [mid-March] KV-63 is still being categorised as a tomb, not simply an embalmers’ workshop. Of course, were it a workshop then it might reveal important information about funerary rites. However, we cannot yet come to that conclusion. We still do not know what is inside three of the coffins since we are still attempting to remove the large storage jars which have been intentionally grouped around the coffins. This arrangement is highly suspicious’, Roxanne emphasised to CWA ‘and to my mind this evidence most likely points to a reburial’.