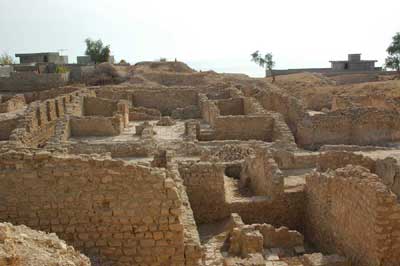 Iran tends to get a rather bad press in the West, with its nuclear ambitions, and theocratic Islamic government. But it is also a country with some of the richest archaeological sites in the world and to visit Iran is a rare privilege reserved mainly for those with official invitations or who are able to join pre-arranged tours. So I was delighted to be invited to attend the ‘Siraf International Conference’ last November, with the promise that we could visit some of those fantastic sites, and see some of the countryside.

The reason for the conference was to focus attention on the Islamic Gulf port of Siraf. The site has been known about since the 19th century (it was first mapped by Sir Aural Stein), and was the target of a massive British archaeological excavation between 1966-75, led by David Whitehouse. The excavations uncovered the mosques, houses, bazaars, and Sasanian origins of the town and a massive haul of Islamic and Chinese pottery, glass and inscriptions. Siraf was an internationally famous port, especially during the Abbasid period (c.AD 750 onwards), when ships owned by Sirafi merchants sailed the Indian Ocean in search of luxuries. Through Siraf passed the silks and porcelains of China, the spices and aromatic woods of India and Indonesia, and the ivory, animal skins and gold of East Africa. The millionaire merchants of Siraf risked all on these incredible voyages, which generated a fortune if only one was successful, but also faced many unknown dangers. These were the voyages that came later to be immortalised in the deeds of Sindbad the Sailor, but the archaeological discoveries at Siraf show that there was more than a grain of truth in these tales.

It was to be a fairly small group of westerners that eventually made it to Bushir where the conference was held. The conference was originally planned for April, but then postponed – we were told because the site was not ready to be visited – and as November got closer (and Iran moved up the international news agenda) we became more nervous as to whether it was going to happen at all. A few delegates pulled out, but eventually five of us came from Britain and met up in Dubai where we were told tickets would be waiting to take us on the local plane across to Bushir. It all seemed a rather uncertain way of getting there, especially as we were without visas, but we had been assured that they would be issued on arrival.

We need not have worried, as half of Bushir was out at the airport to greet us, officials, the press, endless bouquets of flowers; somehow minor matters like visas seemed irrelevant. It was then off to the best hotel in town – a rather grim multistoreyed edifice – to meet our hosts, and three delightful translators: female doctors working in the local hospital with impeccable English. The well-being of the foreign delegates had been entrusted to a consultant in the hospital who was also a keen amateur archaeologist who ensured that we were completely looked after; Iranian hospitality is legendary! Bushir is a garrison town occupying a narrow strip of land, with a large flat plain behind. In summer, it is a hellhole – with stifling temperatures, but in the winter it was really quite pleasant. The military were everywhere, with fences and camps extending for miles, and one suspects the military strength is the reason why one of Iran’s nuclear power stations is located here. But it was also strategically important during the Sasanian period (AD 224-658), when it was known as Rev-Ardashir. Beneath one of the military camps are remains of a huge Sasanian fort that must have been a major port in the pre-Islamic period.

Seth Priestman (a fellow archaeologist) and I managed to separate ourselves from the main party and I am sure risked all sorts of suspicion, with a quick survey of the site, clambering along the beach looking for chunks of eroding archaeology. What we would have given to be in one of those military helicopters circling overhead to look down on it from the air! The conference itself was to last for three days, with the middle day set aside for a trip to Siraf itself. We thought it was going to be a small affair, but not a bit of it. There were some dozen foreign delegates, but well over 500 Iranians crammed into this conference centre. Clerics and politicians drifted in and out. The organising committee had apparently turned down dozens of papers from Iranian scholars, but still we were treated to every aspect of Siraf’s relationship with the Islamic world. Most of the papers were of course given in Farsi, and there seemed little concern that the programme kept on slipping – at one point we were over three hours behind. But as a piece of culture, it was extraordinary; there was a specially commissioned song for the conference, a lovely picture book of the site, a video documentary, and some 20 academic books about Siraf, including many of the papers and reprints of the British excavation reports.

The middle day was the trip – this was real reason why we had all come – because Siraf has been very inaccessible since the 1970s. In fact the two-day journey that it took in the old days, can now be done in four hours, along a tarmac road that runs along the coast. Still, the Iranians thought it was dangerous enough for our coaches to be escorted by police cars and ambulances. The convoy eventually arrived at the old dig house that had been converted into a small museum and a fête of traditional crafts and dancing was laid on by the locals for their distinguished guests.

This part of Iran is increasingly important because of oil and national gas, and many of the sites along the coast are threatened by modern development. At Siraf itself, the small village of Taheri has grown all over the site itself, leaving the buildings that Whitehouse excavated surrounded by modern housing. Those that knew the site in the 1960s could hardly believe what they saw. But the remains of the merchants’ houses, the great mosque and the huge cemetery were in good condition – and had been specially cleared for our visit. Siraf is one of the key sites of the world that tells the story of medieval globalisation, and we can only hope that the modern foundations do not go down too deep. The Iranians want to make Siraf a World Heritage Site, and I cannot think of more deserving candidates – and we can only hope that such a move will help preserve the site in the future.

At the end of the conference we were driven through the mountains to Shiraz to fly home. We left with a very different view of Iran to that portrayed in the press. This is a nation, deeply proud of its heritage with a sense of culture that permeates the highest levels of government. But we also found a people, who proudly want to share with the world the glories of that culture, but in their own terms and in their own way. Above all, we were welcomed in the most hospitable ways possible; whatever the politicians may be up to, there was a warmth and friendliness on the ground that I will always remember.