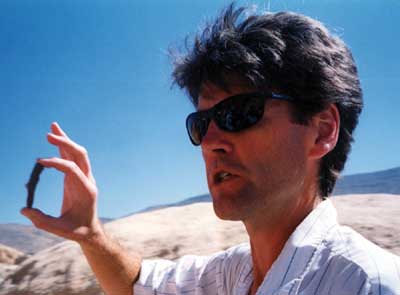 Neil Faulkner is the Features Editor of our sister magazine Current Archaeology, and a specialist in the Roman Empire. Here he takes us to the port city of Ostia, Italy’s other Pompeii, and a site that really helps us to understand what the Empire was like.

Why Ostia?
Everyone knows of Pompeii. Ostia is much less visited, yet the extent and quality of the remains are comparable. And the experience is different. Pompeii is a busy garden-city of the wealthy and well-connected. Ostia is much more a work-a-day town. It was the port city of Rome, dominated by docks, warehouses, and tenements. Walking round Ostia is like walking round Rome itself 2,000 years ago.

How does it compare with Pompeii?
Pompeii is formed mainly of porticoed grand-houses. Ostia is full of medium-rise apartment blocks of red brick. So Ostia offers you your best chance in the whole of the former Roman Empire to see not just grand architecture and posh houses, but entire proletarian streets. We hear a lot about the Roman mob from historians like Livy. At Ostia, you can almost see them. Ostia is the only place I know, apart from Rome itself, that has a police barracks – presumably to deal with both midnight punch-ups in dockside taverns and the risk of rioting affecting the corn-supply to Rome.

What does it tell as about the Roman Empire?
Ostia’s main job was unloading cargoes from big sea-going ships and sending them up the Tiber to Rome on small river-craft. As well as massive port facilities at nearby Portus, there were dozens of warehouses in Ostia itself, and there must have been thousands of people working in the docks. Goods were pouring in from all over the Med. Above all, there was grain to feed an imperial capital of a million people. You get the sense of the empire as a gigantic mechanism for sucking out the wealth of the provinces.
The other revelation is just how cosmopolitan it was. Every religion under the Roman sun seems to be represented at Ostia. As well as the usual suspects – Jupiter, Hercules, Rome and Augustus – the Ostians were also worshipping Cybele, Serapis, Mithras, Jehovah and Jesus Christ. You can imagine the streets filled with dozens of ethnic costumes and a babble of foreign tongues.

Can you give us any special insights?
The famous Piazza of the Corporations is often regarded as a symbol of free-market commerce. The archaeology shows the opposite. Here we find an open forum, with porticoes and offices on three sides, where many of the offices have their business signs written in mosaic on the floors. Each office had exclusive control of one trade – the shipping lane to Carthage, or the carrying of wood, and so on. This was a tightly regulated guild-system – a closed economy where everything was stitched up, and not one based on open competition where the buyer could look for bargains.

What one place should readers not miss?
The House of Cupid and Psyche, with its grand reception-room, a range of very small rooms, a stunning fountain, and its statue of the union of Cupid (love) and Psyche (intellect). This is where you went after a hard day at the Piazza of the Corporations. It looks to me like a top-of-the-range ‘gentleman’s club’ – with a full range of ‘services’. The brothel at Pompeii is, by comparison, a squalid back-street dive. But am I right – or have I too fevered an imagination?