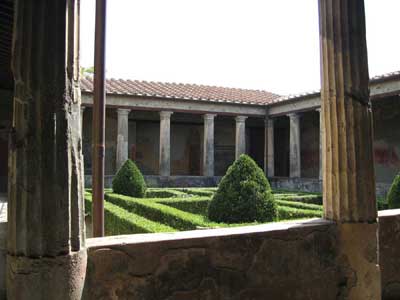 ‘Reading’ Pompeian houses for ‘statements’ about status and culture is the current fashion. But were all Pompeians simply identikit types, or should we also be looking for a measure of diversity, choice and personal preference? Mark Grahame has been studying the design and decoration of Pompeian houses and sees a unique history and a succession of very individual owners represented by the remains of each one. Pompeian interior design, it seems, was partly about what today’s colour supplements call ‘lifestyle choices’.