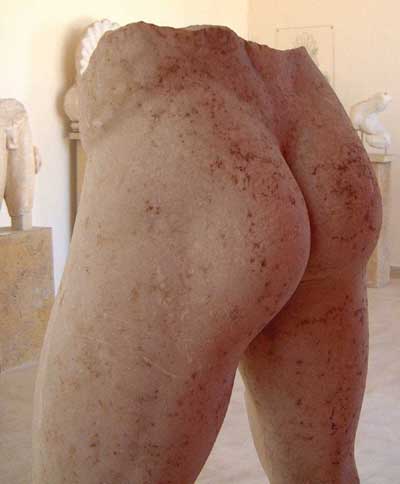 In around 730 BC a great Massacre took place on the Island of Paros, one of the central islands of the Cyclades group. Excavations in the ancient cemetery revealed two huge cist graves which contained the burials of some 150 bodies: all were male and were presumably warriors killed in battle. In a corner of one of the graves were two superb geometric vases recording details of the battle. The battle may possibly also have been commemorated by the poet Archilochos who was native of Paros.