Egypt: How a Lost Civilisation was Discovered 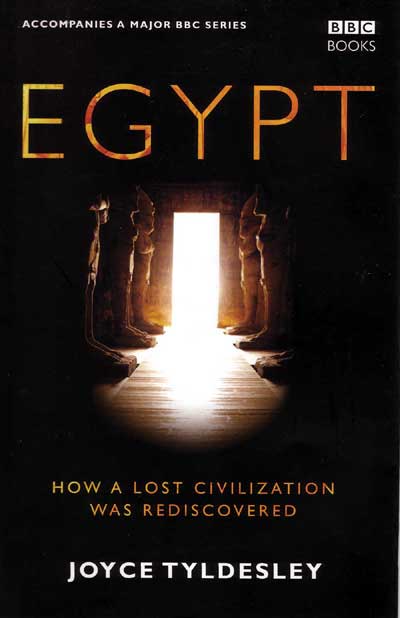 In 1400 BC, the three pyramids at Giza, were already 1000 years old. Long abandoned by their priests, they lay open, stripped of their precious contents. The once-mighty sphinx already lay buried to its neck in sand. Fashions had changed and the kings were now being buried in rock-cut tombs in southern Egypt. However the 13th century Prince Tuthmosis had a dream in which the falcon-headed spirit of the Sphinx visited him, and implored he restore the neglected statue – in return he would be made king. The ambitious Tuthmosis carried out the god’s request. He cleared away the sand, and then set to work repainting the Sphinx using the brightest blues, yellows and reds. The gods were happy and the prince did indeed become King of Egypt. We know this because that king, Tuthmosis IV, had the story of his extraordinary dream inscribed on a stone tablet set between the paws of the Sphinx – where it remains to this day.

Tutmosis IV has since been burdened with the title ‘the world’s first Egyptologist’ – and he heads Joyce Tyldesley’s romp through a Who’s Who of the people who rediscovered the splendours of bygone Egypt.

Given that archaeology (and by extension, Egyptology) is a recent discipline, most of her book is largely given over to the modern characters of Egyptology. There is a chapter on the fiendish early ‘tomb-looter’ Belzoni; another on the eminent Egyptologist Flinders Petrie; and a third deals largely with the story of Howard Carter’s discovery of King Tut.

To the specialist, this is nothing new; but this BBC book (which accompanies a TV series) is ideal for those with a general interest in Egyptology, or better still, fresh to the discipline.

I didn’t want to like this book. The publisher’s blurb failed to lure me with the promise of reading about some ‘nail-biting race to crack the hieroglyphic code’. However, in telling the story of the rediscovery of Ancient Egypt via the people who rediscovered it, Joyce Tyldesley manages to draw together a mass of fascinating insights that truly bring out the adventure and excitement of Egyptology.

Previous Turkey Next Hungary, The City of Pécs