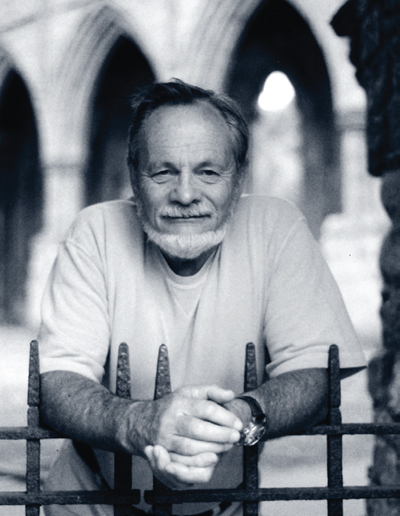 The esoterica of kelp forests

Kelp forests are near ubiquitous along the West Coast of North America, as anyone who has sailed or paddled a small boat knows only too well. Kelp grows at an astonishing rate, as much as 0.9m a day, offers rudimentary shelter from ocean swells, and, most important of all, is an important source of fish and other marine life. Such productive habitats must have attracted early residents of the Pacific coast – or so the so-called Kelp Highway hypothesis claims. A group of scientists including Jon Erlandson from the University of Oregon and Bruce Bourque of Bates College in Maine, points out that kelp beds flourish along a huge arc of coast from Japan to Baja
California. They also grow richly along the Andean Coast of South America. All of these varied habitats offered a great diversity of marine life, including fish, molluscs, and sea mammals – especially along the island-rich coast of Beringia, if recent environment reconstructions are correct.

This, then, was a Kelp Highway at sea level, capable of supporting coastal peoples, who would have worked their way south at the end of the Ice Age around 16,000 years ago, using the highway both for food and for shelter. There are no geographical obstacles, and the postglacial climate was more favourable than the extreme temperatures of the interior.

Theoretically at any rate, maritime people could have been among the first settlers of western America. To prove this will be very challenging, especially given the lack of good evidence for seaworthy watercraft between the Pacific Northwest and the Santa Barbara Channel in Central California. But the idea is worth exploration, as evidence for early coastal settlement in Southeast Alaska and British Columbia slowly accumulates.

Unfortunately, much lies below modern sea levels, but this bold thinking outside the box is sorely needed to stir up the stale debates over the first settlement of the Americas that have persisted for generations.

Hats off to Arkansans!

I’ve just returned from a joyous occasion – the 50th anniversary of the founding of the Arkansas Archaeological Society. The members honoured me with the keynote address on this special occasion. Arkansas has an enviable reputation for its archaeology, both professional and amateur. The Arkansas Archaeological Survey and the Society are models of how professional and amateur (avocational) archaeologists can, and should, work together in field and laboratory, and in spreading the word about the importance of the past. Much of the credit goes to Hester Davis and Bob McGimsey, two Arkansas archaeologists of legendary reputation, who have worked miracles on financial shoestrings.

This is one of the few American states where amateurs often act as the eyes and ears in the field, for their local connections are both close and often long-lasting. The conference itself was a well-organised but low-key affair, which reported on recent discoveries. It also featured an enjoyable silent auction. (My wife and I were, alas, outbid on the items we wanted!) The conference was held in Hot Springs, Arkansas, famous for its healing waters and beautifully preserved 19th-century bathhouses, which are well worth a visit. The Coosa Indian pots displayed in the National Park Service Centre were collected a century ago, and are to die for.