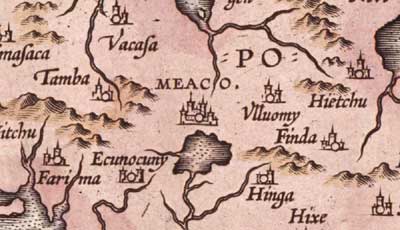 The 1990s saw the excavation of thousands of key Medieval archaeological sites in Japan. In this period, between AD 1100- 1600, towns and commerce bloomed against a backdrop of the warrior, samurai, culture, and the appearance of a new set of elite aesthetics, embodied in the life of Sen no Rikkyu, who greatly developed the tea ceremony.
To introduce some of this fascinating material to a non-Japanese audience, an international conference is being held in Norwich, on Saturday, March 20 2004. It will bring together Japanese specialists and their British and European counterparts in Medieval urban archaeology, castles, domestic architecture, trade and ceramics.
The conference is organised by the Sainsbury Institute for the Study of Japanese Arts and Cultures, and sponsored by the Japan Foundation. For more information, call: 01603 624349; Fax: 01603 625011
Email: [email protected]