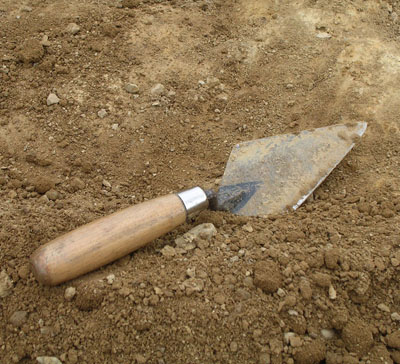 In the last issue of CWA News, we featured the discovery of a new species of miniature humans found in the Liang Bua cave in Indonesia, a find billed as the palaeontological scoop of our time. However, there has been some subsequent debate concerning the remains and whether they really do represent a new hominid species, Homo floresiensis.
One of the doubters is Professor Maciej Hennebery, Head of the Department of Anatomical Sciences at the University of Adelaide. He notes that the dimensions of the face, nose and jaws of Liang Bua woman (the skull on the left shown here) are not significantly different from those of modern humans, rather, it is the measurements of the braincase that fall a long way below the normal range. So, are we really seeing a new species or is something else at play?
‘The bell rang in my head … I remembered reading a report of a 4,000-year-old Minoan skull … this skull has been identified as that of an individual with a growth anomaly called microcephaly’, says Hennebery. Microcephaly is a well-known condition with multiple causes and affects individuals to a varying degree. Its most severe congenital form is called primordial microcephalic dwarfism, or PMD, and leads to death in childhood. However, milder forms of microcephaly allow its sufferers to survive to adulthood, although they cause some level of mental retardation.
‘My statistical comparison of fifteen head and face dimensions of the Liang Bua specimen with those of the Minoan microcephalic shows that there is not a single significant difference between the two skulls, although one is reputedly that of the ‘new species of humans’, the other a member of a sophisticated culture that preceded Classical Greek civilisation’, notes Hennebery.
The medic goes on to observe the fact that deeper down in the Liang Bua cave a forearm bone (radius) was discovered. Its reported length of 210mm corresponds to a stature of 151 to 162cm, depending on the method of reconstruction used. However, declares Hennebery, this is a stature of many modern women, and some modern men – by no means of a ‘dwarf’.
Thus he concludes that, until more skeletons of the purported ‘new species’ are discovered, he will maintain that a well-known pathological condition was responsible for the peculiar appearance of the skeleton, and that we are still a single rational species.