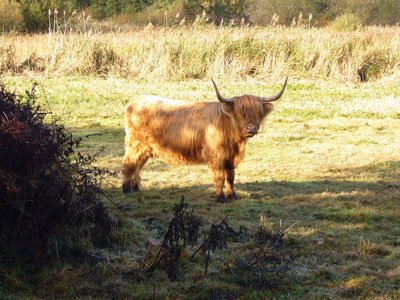 Chinese people say that many Americans and Europeans have a distinctive odour. If you ask ‘what do they smell like’, some say ‘like a baby’, and others ‘of milk’. Now, says Professor Mark Thomas, of University College London, it is that ability to digest raw milk that not only makes Europeans different from lactose-intolerant Asians, who use soya products in place of dairy, it also enabled the former to colonise northern latitudes. Thus, while people who live closer to the equator could get their vitamin D from sunlight, in the dark north, Europeans could derive theirs from milk.

In a classic chicken and egg conundrum, archaeologists have long wondered whether the ability to digest lactose evolved before or after Neolithic farmers migrated into northern Europe. Now Professor Thomas has the answer: the single genetic mutation (13,910*T) that is strongly associated with lactose tolerance first appears in farmers who lived around 7,500 years ago in a region between the central Balkans and central Europe. In other words, the ability to produce the enzyme lactase, and thus digest the milk sugar lactose, developed before people migrated; it was the lactose tolerance that incidentally gave them the advantage of being able to survive in the low sunlight zones.

Professor Thomas believes that the genetic change ‘co-evolved with the cultural practice of dairying. Milk also provides a calorie and protein-rich food source, comes in a relatively constant supply compared to the boom-and-bust of seasonal crops, and would have been less contaminated than water supplies,’ he says. Dairy farmers – probably of the Linear Pottery Culture – carried this gene variant as they spread out from central Europe and underwent more widespread and rapid population growth than non-dairying groups, ‘surfing a wave of population expansion that followed the rapid co-evolution of milk tolerance and dairy farming’.