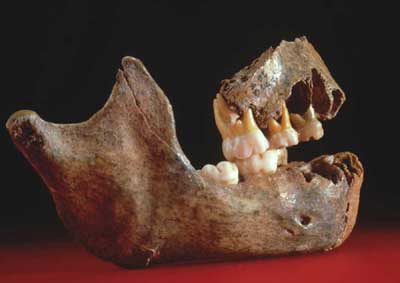 New research on the DNA of a 100,000 year old Neanderthal suggests that early genetic diversity among these hominids was higher than previously thought.

For some 300,000 years, Neanderthals were the only representatives of the genus Homo in Europe. Until, that is, modern humans appeared in Europe – at around 40,000 BC. Soon thereafter, at around 28,000 BC, the Neanderthals died out. No one is certain why, but their co-existence with us, anatomically modern humans, was certainly relatively brief.

Now, a team from the Ecole Normale Supérieur in Lyon, France led by Catherine Hänni has recovered Neanderthal mtDNA that is 100,000 years old, making it the oldest intact Neanderthal sequence ever recovered. The DNA comes from a molar of a 10-12 year-old child from Scladina cave in the Meuse valley, Belgium.

The specimen yielded 123bp of mtDNA – a very short section of DNA by modern sequencing standards, but a technical feat considering the antiquity of the bone. By comparing this sequence with already published – and considerably younger – Neanderthal sequences, the researchers sought to reveal whether the Neanderthal mtDNA pool exhibited long-term stability or drastic modification around the time of cohabitation with modern humans.

The Neanderthal sequence from Scladina indicates that Neanderthal sequences are all closer to each other than to any known human sequence. But the study also reveals that the genetic diversity of Neanderthals has been underestimated, suggesting that Neanderthals were a more genetically diverse group than previously thought. Why might this have been the case? Changes in genetic diversity over time are thought to reflect population events, such as low-population bottlenecks caused by disease or environmental change, as well as the influence of random genetic change.