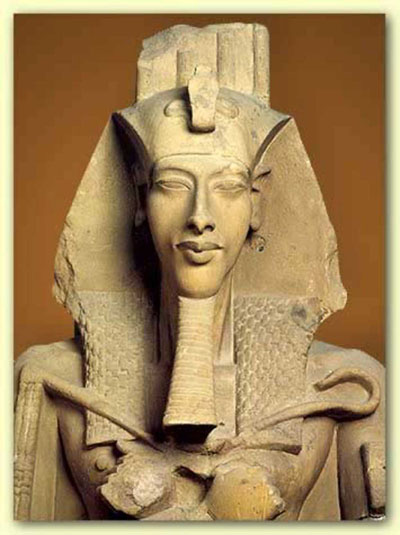 Tell el-Amarna revealed
The ancient site of Tell el-Amarna extends across several square kilometres of desert on the edge of the River Nile about 200 miles south of Memphis/Cairo and 250 miles north of Thebes/Luxor. Comprising monumental buildings, waterfront facilities, industrial areas, residential suburbs, and edge-of-town cemeteries, the site represents a complete ancient city of New Kingdom date (c.1550-1069 BC), preserved beneath a thin covering of desert sand – an Egyptian Pompeii of sorts. The first proper record was made by scholars of Napoleon’s Egyptian expedition in 1798-1799, and it has remained a major focus of fieldwork and scholarship ever since. Of importance was the discovery of 379 clay tablets inscribed with cuneiform script in the so-called ‘Record Office’ during the 1880s, and the yet-more spectacular discovery of the famous bust of Nefertiti in the last season of the 1907-1914 German excavations. In the late 19th century, the British-based Egypt Exploration Fund (now the Egypt Exploration Society) became involved. Recent excavations have been led by Prof. Barry Kemp, now of the Amarna Trust (www.amarnatrust.com; see also CWA 1).

Tell el-Amarna described
The city was built at great speed, mainly of whitewashed mud-brick, but with facings of local stone on the more prestigious buildings. Partly laid out on a regular grid and divided into distinct zones according to function, it may, during its short existence, have been home to as many as 30,000 people. Because it was abandoned within a few years of its completion, the archaeological remains comprise a complete single-phase city of exceptional preservation. Close to the surface, the archaeology is highly accessible. Free of later disturbance, the remains of entire buildings survive largely unaltered and undamaged. In the absence of later redevelopment, the whole of the original ‘new town’ layout is clear. Located in a dry desert environment, art and artefacts are often superbly well-preserved. Basic questions about New Kingdom Egypt – about town layout, building techniques, urban economy, arts and crafts, everyday life, and much else – can be answered at Tell el-Amarna.

Tell el-Amarna explained
Tell el-Amarna was founded by the New Kingdom pharaoh Akhenaten, son of Amenhotep III and Queen Tiye, husband of Nefertiti, and probable father of Tutankhamen. Akhenaten’s mission was to elevate the innovative religious ideas of his father into a comprehensive alternative to the complex theological system inherited from Egypt’s past. His aim was a form of monotheism centred on the worship of the sun-disc Aten. To break the power of traditional temple hierarchies elsewhere, he built a new capital on a virgin site, roughly midway between the historic capitals of Upper and Lower Egypt at Thebes and Memphis respectively. He called the city Akhet-Aten – ‘the horizon of Aten’. Here, a magnificent shrine could be established for the worship of Aten – with all other deities excluded from the city. But unlike other religious revolutions, which came from below, the cult of Aten was imposed from above by diktat on an essentially unchanging and resistant society. Powerful vested interests defended the old order, and the mass of the people remained indifferent. The ‘revolution’ was therefore skin-deep, and after Akhenaten’s death, the court returned to Thebes, and Akhet-Aten – Tell el-Amarna – was abandoned to the sand.