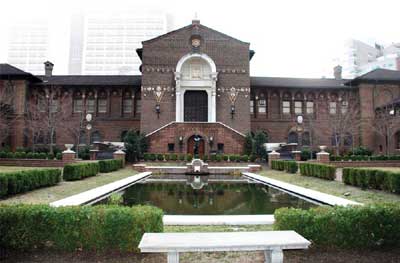 Prof. Richard Hodges, the Williams Director of the University of Pennsylvania Museum of Archaeology and Anthropology, discusses the course ahead for the Museum.

Over the years, Penn Museum has had several different missions. Like so many museums and projects, it began for serendipitous reasons in 1887, when the paramount concern was to obtain objects for the collections and the university provost’s galleries. Within two decades, a huge landmark building had been designed and largely created, and its vast halls – in need of exhibitions – gave purpose to expeditions to all points on the globe.

The second mission came after the Second World War, when it was no longer possible to collect. As a result, the Museum reinvented itself, took on a new role and turned itself into a centre for world archaeology, mounting expeditions to excavate and study all points on the globe. It soon garnered a new status as one of the foremost places in archaeological research in the United States, but, not surprisingly, the galleries suffered as its energies were to some extent dissipated.

After a generation of great digs, the museum reinvented itself once again and set out on its third mission. The management board and the university attempted to rein in the impulse to mount expeditions, and instead came out in favour of outreach and school education for Philadelphians.

So, in its first century the Museum engaged in three missions, all funded by donations, university support and a modest amount of generated revenue. More to the point, at the start of the 21st century, it is still engaged in three missions. In this it is supported wholeheartedly by the University of Pennsylvania, which is one of the eight ‘Ivy League’ universities vigorously competing with its seven great peer universities for prestige and grants.

Needless to say, the compromise has been to muddle by, making do to assure and sustain each of these missions. The results are palpable: world renown, peerless international connections, and invaluable assets in the form of a great collection and unique excavation archives. The problems are no less palpable: galleries that desperately need renewal for modern audiences; conspicuous underinvestment in the collections and infrastructure; and a staff that largely is at odds with the accelerated development of museums in a digital age.

In common with many major museums, Penn Museum is thus re-thinking exactly how to plot its way forward. University museums, like the Ashmolean at Oxford or the Fitzwilliam at Cambridge, have managed to bridge their academic and public duties with great skill. In both cases, public funds and, in particular, buoyant income from high tourist numbers have proved helpful. The Royal Ontario Museum in Toronto took another path. It decided to semi-detach itself from the university, and, with substantial funds from the province, has reinvented itself as a major public attraction in the city. Aided by a new $300 million dollar Daniel Liebeskind entrance – ‘the crystal’ – a blackened glass, fractured, post-modern doorway containing elegant gallery space sufficient for its dinosaurs, it has raised its visitor numbers to over a million per annum, of which nearly 200,000 are schoolchildren. Its white-tablecloth gourmet restaurant, with its rooftop views across the cityscape, is now the place to lunch for Toronto’s elite. Meanwhile, its army of curators still teaches in the university while remaining full-time staff of the museum.