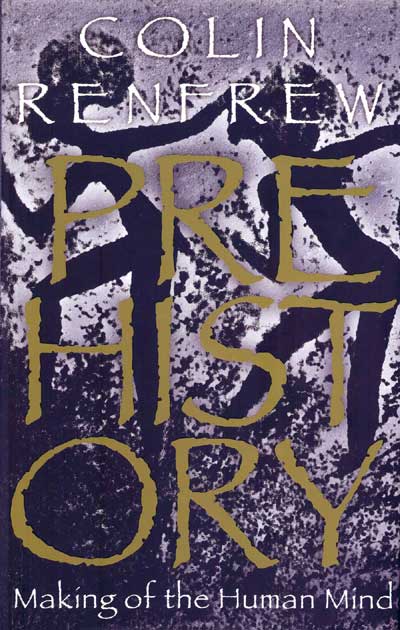 Chronologically speaking, prehistory covers more than 95% of the time that humans have inhabited planet earth, although it is only in the last century or so that archaeology has established secure frameworks to understand the great spans of time involved.
As a discipline, prehistory has tended to focus on the changing physical and biological aspects of our ancestors, and on their developing cultural sophistication, technical abilities, and environmental impacts.
In this book, Colin Renfrew poses a new challenge: that of understanding how the human mind developed in the way it did, giving rise not only to great achievements in the prehistoric past but also to become what it is today. Thus the spotlight of his incisive analysis roves widely across many of the intangibles of prehistory: language, aesthetics, value systems, cosmology, and more are considered as this rich and easily accessible book unfolds.
Drawing on archaeology and many other fields besides, Renfrew shows that cognitive developments were not hard-wired to genetic change since the genotype for anatomically modern humans was well established by 100,000 BP (Before Present) and had spread across the Old World by 60,000 BP. Rather, the process of becoming human – our capacity to analyse the world and express our views about it in symbolic form, whether through language or various forms of non-verbal communication – came late in the history of human-kind, and derived from a deep-seated interest in sharing, collaborating, and living together in particular kinds of community.
The result was cultural diversity within a genetically homogenous species. Rituals, ceremonies, and gatherings, and their associated music, dance, drama, chatter, and symbolism, may have played a key part in making the human mind; a part we perhaps perpetuate in our seasonal merrymaking and religious festivals, and one that surely must be continued.