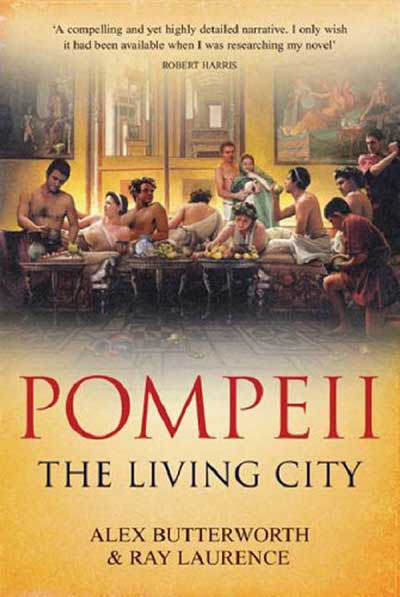 At Pompeii, an election was in full swing when it was rudely interrupted by Vesuvius. Election slogans are everywhere, over 3,000 of them, which is a bit of a surprise considering that Rome by this time was supposed to be an Empire which had lost its ‘freedom’. This however, is surely one of the secrets of the Roman Empire, that the rule at the top was very minimal and that at the local level, towns were more or less allowed to run themselves, providing they behaved. But how far were the elections genuine, and how far were they stage managed? A small number of families appear to monopolise most of the senior magistracies in Pompeii so what chance had outsiders?

In a new book Pompeii, the Living City by Alex Butterworth and Ray Laurence a chapter is given over to the elections at Pompeii. Patronage they say runs through Roman Society, though it seems to me that this question of patronage is the old question of whether a jug is half empty or half full. By the standard of most ancient societies, patronage in the Roman world was minimal. Indeed as they point out, in the Roman Senate three-quarters of the senators were ‘new men’ which implies that ability was more important than patronage.

This interesting new book is intended to be half way between a novel, such as that by Robert Harris, and the scholarly accounts of life in the city, and the chapters cover subjects such as slavery, the elections and sex.

The book has been much praised and has already won the History Today 2006 prize for the best new book for students.

However, I found that it was not really a book for my taste in that there were too many generalisations and not really enough of the evidence from the ground in Pompeii. Thus the chapter on the elections begins by suggesting that they were a sham, then wanders off on an excursus on education, on which subject there seems to be very little evidence for Pompeii, and then returns to suggest that the elections were genuine after all. I would have liked to have had a much closer analysis of the 3,000 election slogans to know just what evidence they provide on the subject. Still, this is perhaps just me. Already a prizewinner, the book will, I am sure, do well.