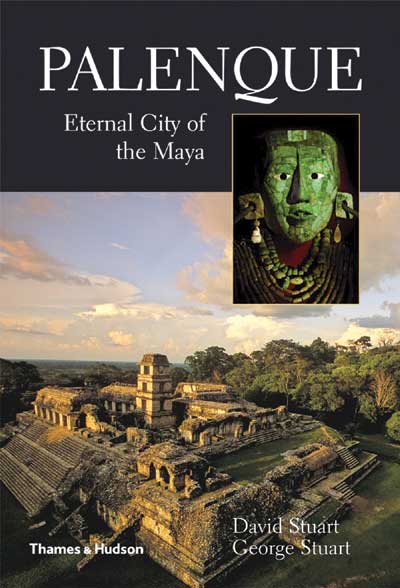 For the next two decades, tourists visiting Palenque were told that the body was that of an unknown Maya king. Then, in the 1970s, after a meeting of mainly US scholars at Palenque at 1973, there was a breakthrough, based partly on the controversial methods of decipherment published in Russia by Yuri Knorosov in the very year of the tomb’s discovery. The ruler’s name was read as ‘Pakal’, meaning ‘war shield’; today he is known as K’inich Janab Pakal, a king of kings, who lived from AD 603-683 and ruled Palenque for nearly 70 years. In addition, much is known of his dynasty and something of his deeds.

Ruz Lhuillier was unwilling to accept the Mayan decipherment before his death in 1979, and it is fair to say that many ‘dirt’ archaeologists who were not personally involved with the epigraphic breakthroughs, whether they were from Mexico or the United States, resented the excited public attention the decipherment attracted. Partly this was a matter of understandable professional jealousy, partly of inevitable nationalist and chauvinist feelings, and partly a reasonable distrust of elite records. As George and David Stuart—a well-known father-and-son pairing of archaeologist and epigraphist from the US—engagingly admit in their new book on Palenque: ‘There is a limit to what we can learn from these records, … since their authors were concerned primarily with the deeds of kings, queens, and members of the royal courts. So their insight into the society is a narrow one; it would be like an archaeologist of the future trying to reconstruct 21st century American culture looking only at the stone monuments of Washington DC and the society pages of Town and Country magazine. It is revealing, informative stuff, but it does not tell the whole story.’

The Stuarts have been visiting Palenque since the late 1960s and are leading Mayanists, one of whom (George) was for many years staff archaeologist of the National Geographic Society, while the other (David) received a MacArthur prize fellowship at the age of only 18. They are thoroughly familiar not only with the place, its many temples and its ‘palace’, and its epigraphic evidence, but also with other Mayanists, past and present, including Ruz Lhuillier and Heinrich Berlin, a German who made pioneering epigraphic advances in the 1950s and 60s; the book is dedicated to these two men.

The result is a readable, highly authoritative guide to the history of Palenque under its original Maya rulers as well as the fascinating story of its rediscovery in the depths of the rainforest by European and North American travellers, starting with the Spanish in the mid-18th century, brilliantly illustrated with historical and contemporary drawings and images, many in colour. These include a vivid visualisation of Palenque’s red-painted, highly ornamented buildings as they may have appeared in the early 8th century.

Perhaps the only slight reservation might be how few of the personalities mentioned are illustrated: there are no portraits of pioneers like Berlin, Knorosov, the traveller John Lloyd Stephens, the explorer and photographer Alfred Maudslay and the archaeologist and epigrapher Tatiana Proskouriakoff; nor of more recent scholars such as the late Linda Schele, the first teacher of David Stuart (after whom his University of Texas professorship in Mesoamerican art and writing is appropriately named).

Notwithstanding the importance of the decipherment, the most enjoyable part of the book, at least for this reader, was the first four chapters on the exploration of Palenque. Some of this story has been covered in Breaking the Maya Code by Michael Coe (who handsomely recommends Palenque), but the Stuarts go into more detail, which they support with copious illustrations. For instance, they write: ‘Alexander von Humboldt was the first to publish a recognisable illustration of Palenque’, in 1810. ‘Humboldt obtained the drawing from the Mexican botanist Miguel Cervantes, who likely found it in the archives in Mexico City, where the reports of the Dupaix expedition ended up, or perhaps from Castañeda himself. Whatever the source, the relevance of this image to the story of Palenque was all but nullified by a crucial misidentification: Humboldt’s caption identifies the image as a ‘Mexican relief found in Oaxaca’!’

The authors also quote an anonymous verse from 1845, showing how quickly the ‘lost cities’ of pre-Columbian Central America captured the public imagination:
Not only men like leaves may fall,
But the whole nation sink, and all
Be lost—extinct this race of man;
Like Palenque, or like Copan.

Book reviews by Andrew Robinson, the author of The Story of Writing: Alphabets, Hieroglyphs and Pictograms, and Lost Languages: The Enigma of the World’s Undeciphered Scripts, plus several books on India.