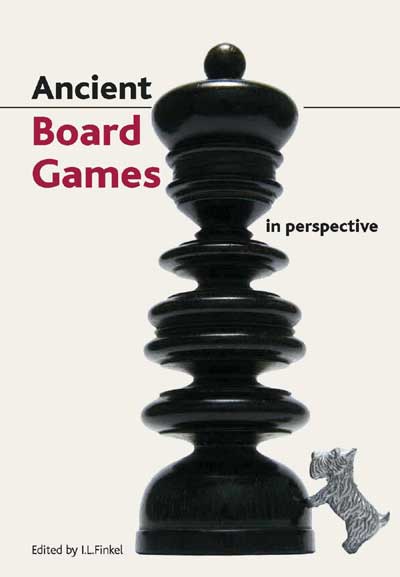 Though archaeological evidence is lacking, it is generally believed on other grounds that India is where the game of chess was invented in the 1st millennium AD. However, this theory has been a battleground between different scholars favouring India, Persia, China and elsewhere in Asia, as Ancient Board Games in Perspective makes abundantly clear. So it is most appropriate that the classic feature film on chess should have been made by India’s greatest film director, who was himself a chess addict before becoming a director. The comedy Shatranj ke Khilari (The Chess Players), directed in 1977 by Satyajit Ray, depicts the self-destructive obsession with the game of two Muslim noblemen in Lucknow in the 19th century. At one point, so desperate are they to play after their chess set has been stolen by one of their irate wives, that they resort to sketching a chess board in the dust and later to using nuts, fruits, vegetables, spices and other objects as substitute chess pieces: cashew nut for pawn, lime for knight, tomato for bishop, chilli for rook, and phials of attar (stoppered and unstoppered) for king and minister.

All this came back to me when I read the passionate and delightful introduction to this collection of some 30 articles edited by Irving Finkel, a leading scholar of board games ancient and modern, whose ‘day job’ is to be a curator of Near Eastern Antiquities at the British Museum. Finkel writes that ‘people have usually played games using natural items that are readily to hand. Boards can be scratched on stone, burnt into wood, or even drawn on the ground for a single game… Pieces, likewise, can be seeds or pebbles, twigs or small balls of dung… Where games have been played with natural bits and pieces they will not usually survive to be identified by archaeologists. In Malaya, for example, simple chessmen are cut from tender shoots of bamboo, and captured men can be chewed up on the spot. In India, on the other hand, many traditional games are played on decorated cloth boards, which tend to be targeted by hungry insects, and so boards rarely survive from early times’.

Perhaps the most famous early survival is the Royal Game of Ur, dating from the mid 3rd millennium BC, discovered by Sir Leonard Woolley in the 1920s, and now known to scholars as the Game of Twenty Squares, since examples have subsequently been discovered at sites other than Ur. Although its meaning and rules remain uncertain, despite the best efforts of many scholars including Finkel, for a long time it fixed the origin of board games in the 3rd millennium.

In recent decades, however, new finds in the Levant and south-western Iran suggest that board games may have existed as far back as 7000 BC, in the Neolithic period. ‘This evidence consists of 12 possible gaming boards and a number of small objects that may be identified as gaming pieces’, notes St John Simpson in Homo Ludens: the earliest board games in the Near East. Unfortunately, the drawings, photographs and discussion he presents are not especially striking, at least to the eyes of a non-expert in board games (such as this reviewer). Doubts particularly arise with the so-called gaming pieces — clay pieces, cones and tetrahedra—which certain scholars (notably Denise Schmandt-Besserat) have preferred to see instead as counters for animals and traded goods, and hence part of the origins of writing in the form of accountancy. This second theory seems to me more plausible than the gaming theory, though there is insufficient evidence for it, too.

Ancient Board Games has itself taken nearly two decades to gestate, from its beginnings in the papers read at a three day British Museum colloquium in 1990, to which the editor has added a dozen or so post-conference contributions, covering such arcana such as the ancient Egyptian Game of Twenty Squares, inscribed imperial Roman gaming-boards, and the occurrence of board games and backgammon in ancient Indian sculpture (discussed in an immensely detailed article by Micaela Soar running) to more than 50 large-format pages. Finkel apologises disarmingly: ‘Conceivably it could be a contender for acknowledgement as the Longest-Delayed Conference Volume, although such prestigious awards should never be officially bestowed without exhaustive research.’ While the delay has created problems for the contributors in a burgeoning field — some of whom append updates to their original articles — the wait has been worthwhile. This beautifully produced volume is a magnificent milestone in the study of ancient board games.

But let no one imagine that it is an accessible read. Finkel’s enjoyable introduction is perhaps a shade misleading, for the articles that follow, though lucidly written, are erudite scholarship intended only for board games devotees and cognoscenti. As Michael Mark, a past editor of The Chess Collector, remarks in his relentless assessment of where and how chess began: ‘chess historians tend not to be experts in ancient Indian or Persian history or philology, nor indeed are they archaeologists, and their views are based at best on second- or third-hand information about those subjects.’ You have been warned.

Review by Andrew Robinson, the author of books that include The Story of Measurement and Satyajit Ray: The Inner Eye.