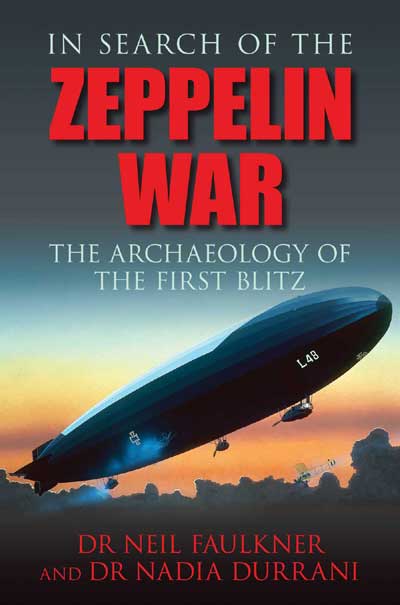 What remains of the archaeology of the First World War? In 2004, with a decade’s count-down to the centenary of the First World War, Neil Faulkner (Features Editor of our sister magazine, CA) founded the Great War Archaeology Group to discover more. CWA’s Editor immediately joined, and together with other archaeologists, aviation enthusiasts and metal detectorists, they launched a series of ongoing projects. Thus, in 2006 the group went in search of a whole new sort of archaeology: evidence for the German Zeppelin raids over Britain in 1915-1918. Their quest centred on the first-ever strategic bombing campaign in history: the first Blitz. To discover more, the group undertook a series of pioneering excavations and archive research. To this end, in the summer of 2006, they completed the world’s first ever excavation of a Zeppelin crash site in a sunny poppy field in Suffolk, and also investigated a series of airfields, gun emplacement sites, searchlights, and radio listening posts. So cutting-edge was this research that it was also the subject of a BBC2 Timewatch documentary that was shown in 2007.
The two editors are now happy to announce that they have produced a fully-illustrated account of their First Blitz Project, which includes contemporary accounts, modern excavation, and archive research. This book, In Search of the Zeppelin War, by Neil Faulkner and Nadia Durrani, is published by Tempus at £17.99 and will appeal to those interested in the archaeology of conflict, political history, and World
War One. As for other activities of the Great War Archaeology Group, current projects are taking place in Lincoln and in Jordan (CWA27). We are calling on all readers to join our volunteer group to preserve and discover more about this chapter of our heritage. There is a role for everyone, from excavating in Jordan to gathering oral histories or archive images. For more information, please see the website: www.GWAG.org