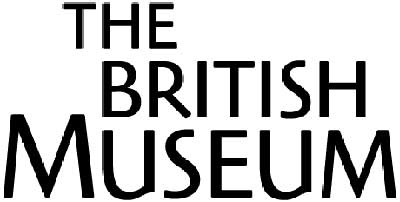 When Nesperennub, priest of the temple of Khons in Ancient Egypt died, did his embalmers blunder? After his death, which was possibly the result of a brain tumour – there is a partial hole deep within his skull – a bowl of crude, unfired clay was placed over the back of his skull. It would appear that those who prepared his body accidentally left the bowl at the back of the skull during embalming, perhaps overnight, so that by morning, it had stuck firm. In a panic, they tried to detach it, but clearly in vain. They quickly wrapped him up, bowl and all, believing this accidental secret would be buried with him. Little did they know. For Nesperennub, who died in the 8th century BC, has now been ‘virtually’ unwrapped, and the secret has now been revealed.
Although unwrapping mummies was all the rage in the Victorian era, modern archaeologists have long resisted such haphazard unravelling of ancient Egyptians. Instead, they waited for a time when scientific knowledge had developed to such a degree that the wrapped corpses could be examined without the utter, irreversible, destruction harnessed by the Victorians.
Now, with the first ever ‘virtual unwrapping’ of a mummy, it seems that time has come. The event is profiled in a new British Museum exhibition, Mummy: the Inside Story, which opened on July 1st and is set to run until January 2005.
Using cutting-edge computer technology and state-of-the-art medical scanning techniques, the British Museum has non-invasively explored one of the mummies in their collection – in unparalleled depth. They chose one of their best-preserved mummies, Nesperennub, who lived in 800 BC, when mummification techniques had reached their zenith.
The exhibition centres on a thrilling 3-D film, which takes us beneath Nesperennub’s coffin, under his wrappings, and deep within his very skeleton. The imagery results from a combination of the results of CT (computerised [axial] tomography) and laser scanning. The body was then visualised through ‘3-D volume rendering’, a technique used in medicine, car and spacecraft design, and developed by computer specialists, Silicon Graphics.
To turn the body into a 3-D image, experts took the mummy to the National Hospital of Neurology and Neurosurgery in London. There they used the Hospital’s CT scanner after-hours to take over 1,500 one-millimetre thick cross-sections, or ‘slices’, of the mummy. These radiographic images provide information about everything inside the catonnage case. On each one, they were able to distinguish the different structural objects based on their relative density. The Egyptologists involved then offered their expert interpretation of some of the structural objects that were not immediately obvious from the CT scans – such as apparent leather straps wrapped around the body, or the remains of a shrivelled object within the rib cage, thought to be the erstwhile Priest’s heart. The wooden coffin and cartonnage were then laser-scanned to capture data relating to their precise form and surface colour.
Nifty computer programmes reassembled the 2-D images in their original order and converted them into volumetric form. The latter was then combined with the laser-scanned images of the coffin and cartonnage case. This process results in a very large data set that can then be viewed in 3-D. The images can be manipulated and explored interactively, so that Nesperennub can be moved in space and viewed at any angle. Moreover, the translucency can be adjusted to reveal specific features. This means that any section of the data can be isolated on screen, so that layers can be separated or ‘dissolved’ away, allowing the viewer to ‘travel’ inside the mummy.
As the resultant film sweeps along the spine of the 5 foot 4 inch Nesperennub and up inside his head, we witness insights which would have been lost had he been unwrapped in the traditional way – from the partial hole deep within his skull, to the anomalous clay bowl at the back of his skull, beneath which his skin is ripped, suggesting a frenzied attempt to free the bowl.
Although the exhibition is particularly suitable for children, it is fascinating for adults too. And though the results are entertaining, the techniques used are groundbreaking and important. Indeed, the potential of such technology has yet to be fully exploited, and is set to open up new and exciting paths of research.
Furthermore, it is good to know that Nesperennub’s wish in life has almost certainly been realised, for as the Egyptians believed: ‘Life on Earth passes – it is not long; being remembered is the only success’
(from The Teaching for King Merikare, c. 1800 BC).