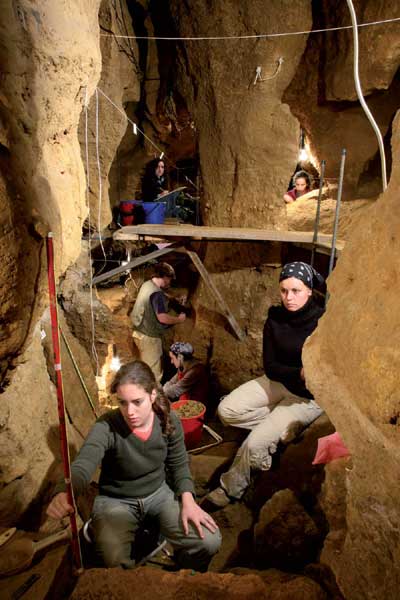 Red-heads: passionate, vibrant, and …Neanderthal? It seems that some Neanderthals may indeed have boasted red locks. Scientists have recently extracted DNA from the remains of two Neanderthals to support this theory. Their work turns on a gene known as MC1R. The scientists, led by Carles Lalueza-Fox, assistant professor in human biology at the University of Barcelona, have found a special variant of MC1R in Neanderthals.

Though the variant is not present in modern humans, the team has shown that it would have caused an effect on hair similar to that seen in today’s redheads. Genetic studies on ancient skeletons are still in their early stages and the search to determine skin and hair colour are obvious starting targets for scientists engaged in these efforts. But before we look at the ancient evidence, why does hair and skin colour vary in modern humans?

People from equatorial areas tend to have dark skin and hair in order to protect themselves from skin cancers that might otherwise develop from strong UV sun radiation. By contrast, pale skin is linked to lower levels of sunlight – indeed, people with fair skin are able to generate more vitamin D, which may have given them an evolutionary advantage in northern regions. ‘Once we left Africa, the selective pressure from UV radiation disappears. So any mutation that falls into the MC1R gene is allowed to survive and spread through a population,’ said Dr Lalueza-Fox. This latest research suggests that similar adaptations evolved independently by Neanderthals and modern Europeans in response to similar environmental circumstances. Which brings us back to the MC1R gene. All modern humans carry this gene, but modern redheads possess an altered, or mutated, version of it. The rare variant does not work as effectively as more common forms of the gene. Its loss of function produces the red hair and pale skin.

Fragments of the MC1R sequence were retrieved from Neanderthal bones found at Monte Lessini in Italy – dated by stratigraphic context to about 50,000 years ago – and from remains unearthed at El Sidron cave in northern Spain – radiocarbon dated to 43,000 years ago. DNA is notoriously difficult to obtain from very old specimens such as these. As Dr Lalueza-Fox said ‘This was a bit like finding a needle in a genomic haystack. To begin with, I could not believe what we had found. I asked my colleagues to repeat the results. Eventually the variant was found in two separate Neanderthals in three different labs’. However, the researchers had found a unique variant of the gene that is not present in modern humans. Thus, to discover its effect they needed to be ingenious. They inserted the Neanderthal variant into human cells, known as a melanocytes. The latter produce the pigment that gives skin, hair and eyes their colour. The MC1R gene regulates in these cells the production of eumelanine. a dark, brownish pigment, or pheomelanine, a reddish pigment. The team detected the exact same loss of function in the Neanderthal form of MC1R as is found in modern red-heads that results in pheomelanine synthesis. This provides good evidence that the Neanderthals under study were fire-haired.
Yet as every good archaeologist knows, a sample of two does not a theory prove; nor does it suggest that all Neanderthals were red-heads. It is quite likely that the Neanderthals had as many hair colours as modern Europeans – from blond through to dark, perhaps depending on exactly where in Europe they lived, and also based on the combination of the variants they could have had in the MCR1.

However, this is not just about hair colour. This research has much wider implications. The fact that the Neanderthal version of this gene is not found in modern humans provides yet more evidence that they did not interbreed with modern humans, as some scientists propose.

Prof. Clive Finlayson, director of the Gibraltar Museum, commented: ‘This is extremely interesting research. It draws us closer to understanding who the Neanderthals were. It is fascinating to discover that, like us, they show a reduction of melanin. This may be a good example of parallel, or convergent evolution – a similar evolutionary response to the same situation. Whatever the case, this work is the tip of the iceberg.’