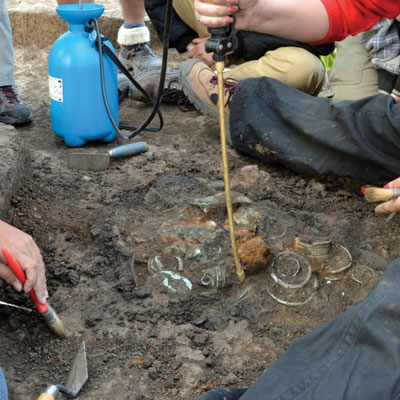 Archaeological investigations have unearthed an Iron Age hoard during the construction of a new highway near the modern village of Tartaria in Romania. More than 200 objects were recovered, including jewellery, weapons, and pieces of harness.

A pot containing the bronze and iron artefacts was found close to evidence of a prehistoric settlement by archaeologists from the National History Museum.

Preliminary analysis of the pottery suggests the cache dates from the 9th or 8th centuries BC. Romania’s Ministry of Transport and Infrastructure announced the find: ‘This is the first of its kind to be found in an archaeological context rather than through accidental discovery, and so has great scientific significance.’