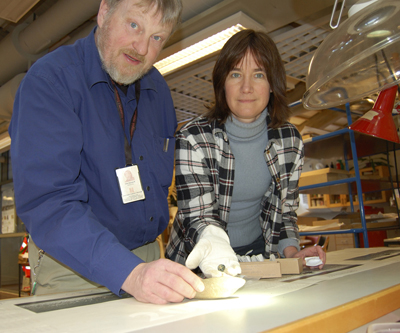 Iron-Age people had a conscious relationship with objects from earlier times that connected them to their past, says Olle Hemdorff at the University of Stavanger’s Museum of Archaeology and Eva Thäte of the UK’s University of Chester. They have been studying the contents of graves in southwestern Norway and have discovered a clear pattern in which older artefacts – such as a Neolithic stone axe or tools made from flint or quartz – are placed in graves of Iron Age to Medieval date.

‘People probably considered old objects as a heritage from their ancestors. Recycling of old burial mounds for new graves is another indication of this relationship. Apart from providing a grave for the dead, they also legitimized property and rights. People asserted their control over an area by burying their family in a gravesite belonging to their ancestors,’ Thäte said.

According to the researchers, people in the region treasured prehistoric artefacts believing them to be apotropaic, with the power to protect against evil and accidents. They thought that lightning killed or stunned people because a ‘thunderstone’ was literally flung out of the sky. Individuals who found and kept such stones believed they would not be hit by the lightning.

In later history the protective power of thunderstones was associated with the hammer of Thor, a weapon used by the Norse god in his battle against evil and chaos, an idea that survives well into the 19th century as a common superstition.