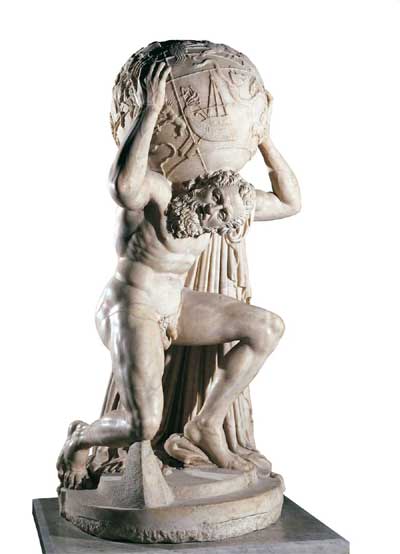 A new exhibition held in Florence explores human ideas and images of the universe from antiquity to the time of Galileo. Judith Harris reports. Italy is celebrating the UN-sponsored International Year of Astronomy with a thoughtful exhibition in honor of Galileo Galilei, who, gazing through his home-made telescope in the late winter of 1609, became the first man to see the Moon close-up.

The new exhibition Galileo: Images of the Universe from Antiquity to the Telescope deals with the human interpretations of the heavens from ancient Mesopotamia to the time of Newton, and is the brainchild of Paolo Galluzzi, founder and director of the National Museum of the History of Science in Florence and member of half a dozen international academies, including the Royal Academy of Science.

Divided chronologically into sections, the first gallery illustrates the origins and early development of astronomy with artefacts from both Mesopotamia and ancient Egypt. Thus we learn how the Egyptians developed a decimal calculation system, seemingly based on the phases of the moon and the flow and flooding of the Nile. Counting of the days to predict the flooding allowed creation of the first calendar in history, seen in a coffin lining in the 12th dynasty (2nd millennium BC). It showed an accurately studied year of 365 days. By the time of Amenhotep III (1389-1351 BC), the Egyptians had learnt to determine the length of the days and nights in equinoctial hours throughout the year, as, for example, illustrated by a fine water clock (or hydro clepsydra, Greek for ‘water thief’) from Karnak on loan from the Cairo Museum.

The measurement of time was only one of the challenges to the ancient world. Other questions were conceptual, such as to ask what held up the sky – and how much did the sky weigh? One of the most important exhibits is a 2nd century AD white marble statue of Atlas, 164cm high, kneeling and bent under the weight of the celestial globe; it is the oldest and most comprehensive depiction of the sky and believed to be based upon the stellar catalogue by Hipparchus. On loan from the National Archaeological Museum of Naples, it was found in Rome in 1562.

However, beyond the philosophical musings, the religious significance of astronomical events was of yet deeper important in antiquity. Indeed, most of the ancient religious orders – including, at some level, Christianity – were built around the observance and the worship of the heavens. Little wonder when we think, for example, how the star Sirius rises almost concurrently with the floods of the Nile, which rejuvenated the parched land.

Predictions were also, therefore, big business and those based upon astral events—meteors, earthquakes, eclipses—turned divination into a courtly profession from the earliest historical times. Inscriptions on a baked clay model of a sheep’s liver from Babylon, on loan from the British Museum, showed the diviner how to interpret the markings on the liver of a newly sacrificed lamb.

Moving forward in time, though Medieval Islamic scientists made a sharp distinction between astronomy and astrology, in Medieval Europe astrology maintained a strong hold – for example in Florence under the Medici dynasty (1360-1499). It was within this context that Copernicus and Tycho Brahe were to later challenge that order – so too Galileo in Rome with his home-made telescope back in 1609.

Astronomy would soon come to mark a new age of enlightenment in Europe. Yet, astrology lurks with us still: the signs of the zodiac are almost entirely taken from the ancient Mesopotamians so when you turn the pages of your newspaper to discover your destiny, you are following a tradition that has withstood the advance of time – and technology. Recommended.