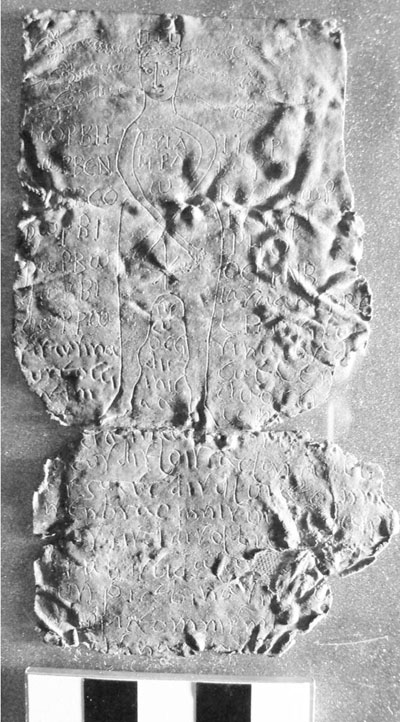 New research has deciphered two 1,600-year-old curses from the Late Roman Empire. Written in Latin and Greek on thin lead tablets, the inscriptions include drawings of their intended victims and a snake-haired figure thought to be Hekate, Greek goddess of witchcraft.

The tablets were originally acquired by the Museo Archeologico Civico di Bologna in the 19th century. Celia Sánchez Natalías, a doctoral student at the University of Zaragoza, has published a translation of their contents.

‘Part of the Greek text is similar to other curses known to invoke Hekate,’ Celia told CWA, ‘but the representation of the deity with snakes coming out from her head has no known parallel.’

One tablet targets a Roman senator called Fistus – the only known example of a man of this rank to be targeted – and the other a veterinarian called Porcello.
‘Destroy, crush, kill, strangle Porcello and his wife Maurilla,’ the text reads, ‘their soul, heart, buttocks, liver.’

Accompanying this is a drawing that shows Porcello bound with ropes, his name written on each of his arms. The snake-haired goddess is also depicted with restraints.

On the tablet cursing Fistus, the text demands: ‘Crush, kill the senator Fistus.…May Fistus dilute, languish, sink, and may all his limbs dissolve.’