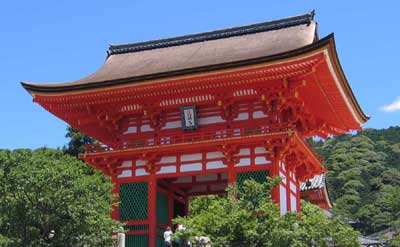 There is one big problem in editing a magazine about World Archaeology: the world is rather a large place. It is all too easy to concentrate on the areas that one knows, and where British archaeologists are concentrated – Greece and Rome and the Near East. But how does one tackle the rest of the world? The answer is to go there and to see for oneself.
This year we have been looking at the Far East. In February we went to Thailand and Cambodia and then in June I went off to Japan and Korea. The impetus for this came from Simon Kaner of the Sainsbury Institute at Norwich, who said that I should join the Society for East Asian Archaeology and go on their conference in Korea.
The Society for East Asian Archaeology was founded originally by Gina Barnes, the Professor of Japanese Studies at Durham, to bring together all the European and American archaeologists who study East Asia, and all the East Asian archaeologists who speak English. They hold a conference every four years, and this one was in Korea, to be followed by a study tour. However, if I was going to travel all the way out to Korea, why not also fit in a visit to Japan? My Japanese friends advised against it: June they said was the rainy season and I would get wet. Well, I was obstinate, what does a little rain matter? I would go just for six days and have a quick look round, and come back later when the cherry blossom was out. So I went to Japan, and I got wet.
I flew out to Tokyo and spent two days looking round; I did not see much archaeology, but I did go to a really huge photography store. I then took the bullet train to Kyoto which is the great historic city in Japan, and the number one tourist attraction, and I spent a day visiting Nara, the 7th century capital. On two of the days, the sun shone brilliantly, but even when it was raining, I enjoyed myself immensely, just being a tourist and seeing temple after temple, palace after palace – real gluttony.
Then to Korea. The conference was held, not in Seoul but in Daejon, a flourishing city 100 miles south of Seoul. We spent four days at the conference in a university whose quiet architectural elegance puts the average British university to shame. Much of the conference went over my head – specialist papers on obscure topics of Chinese prehistory were beyond me – but I made some very useful contacts and hopefully there will be a number of stimulating articles emerging.
Much of the fascination of visiting Korea was not just seeing the archaeology, but also getting into the history of modern Korea and the reasons for the Korean economic miracle: as I came to realise, the two subjects are closely interlinked. The story of modern Korea is dominated by the controversial figure of Chung-hee Park, who seized power in a coup d’etat in 1961, managed to get himself elected president in 1963, was twice re-elected as president in somewhat dubious circumstances, until he was assassinated in 1979 by one of his close associates, the head of the Korean CIA. He is written off in most English accounts as being a wicked dictator, but he was a dictator who seemed to get many things right and it was under him that South Korea suddenly took off economically; and I could not help but notice that it was in the 1970s that Korean archaeology took off too.
The big selling point of Korean archaeology is the Three Kingdoms period from about 500-800 AD, when, helped by a certain amount of influence from Tang China, Korea entered a golden age and got ahead of its arch-rival, Japan, so that Buddhist influences flowed from Korea to Japan and not vice versa. A major feature on Korea is lined up for the next CWA with, in particular, an account of Korea’s Tutankhamun: the discovery of the undisturbed burial chamber of King Muryong in GyongJu. It is going to be a fascinating exercise in looking at a country’s archaeology, revealing the glories of ancient Korea and putting it all into context with the new.