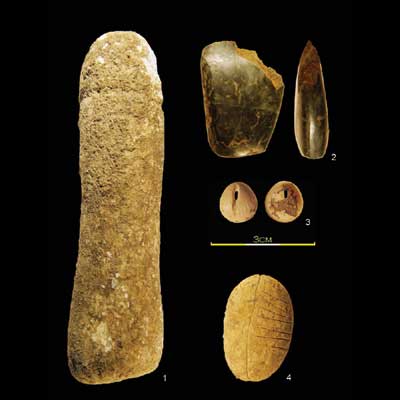 Hebrew University excavations in the north of Israel have uncovered a walled funerary enclosure measuring 10m by at least 20m, dating from the Pre-Pottery Neolithic B era (8500-6750 BC). This is the period when the first large village communities were established in the fertile regions of the Near East, and the enclosure, at Kfar HaHoresh, is being interpreted as a funerary and cult centre for a group of such villages in the lower Galilee region.