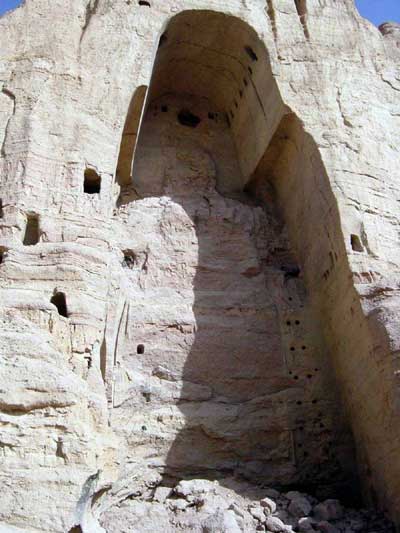 After the former Taliban regime in Afghanistan blew up the giant Buddhas of Bamiyan, in March 2001, there was an international outcry. Yet since the installation of the western-backed government four years ago, there has been an explosion of uncontrolled looting of Afghan archaeological sites
Over the past two years, between three and four tons of ancient Afghan artefacts have been seized in Britain by Police and HM Customs. This represents an unprecedented wave of looting from the country’s archaeological sites that has exceeded the more publicised plundering of treasures in Iraq.

The stolen items recovered by British customs officials include ceramics, stone sculptures, Buddhist Gandharan statues, bronze weapons and coins dating from the 3rd millennium BC to the 19th century AD. Some of these items are being stored at the British Museum while discussions take place between the Foreign Office and the Afghan government over what to do with them. There are fears both here and in Afghanistan about the home country’s current capacity to keep secure its portable heritage.

The end of 25 years of war has cleared the way to formerly inaccessible ancient sites. Unfortunately, the looters have taken advantage of this situation, often in the pay of local warlords.

Keeper of the British Museum’s Asia collection, Robert Knox, has been trying to identify looted items. Speaking to CWA he said ‘The Afghan government is putting its energy into feeding its people. They do not have the resources to deal with the looting problem. However, if the sites are not protected, I fear the country’s extraordinarily rich history will be lost for ever.’

Though the answer is certainly not to return to a strict Taliban-based regime, it is clear that the major problem of pillaging, and the associated underlying problem of Afghanistan’s economic deprivation, needs to be addressed.