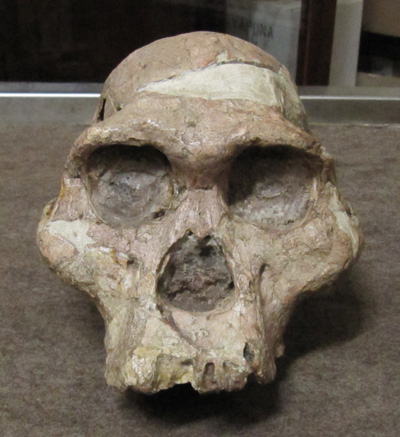 The results of a major study of early hominid teeth suggest that our male ancestors tended to stick around close to where they were born but that our female forebears moved away from their birthplace to mate with males from other tribes. These findings come from looking at the isotopes in fossilised teeth, which reflect the water being consumed during tooth formation; the variable ratios of different elements in turn reflect the geology of the place from which that water was derived.

The teeth were found at the Sterkfontein and Swartkrans caves in South Africa and belonged to species that are part of the human ancestral line – Australopithecus africanus and Paranthropus robustus. Their isotope ratios indicated that the females grew up in one place then moved in early adulthood, while the young adult males stayed put.

‘This study gets us closer to understanding the social structure of ancient hominids since we now have a better idea about the dispersal patterns,’ said Sandi Copeland, of the University of Colorado Boulder, who led the study, published in the journal Nature. ‘Such behaviour is found in modern human societies,’ she said, ‘but it was not clear until now whether this trend emerged with the advent of agricultural society and the ownership and inheritance of land or whether it was rooted deeper in our ancestral past.’

Seeking an explanation for home-loving male behaviour, Professor Copland said that one possibility is that ‘close male co-operation and conflict between groups produced strong male loyalty towards their own group.’