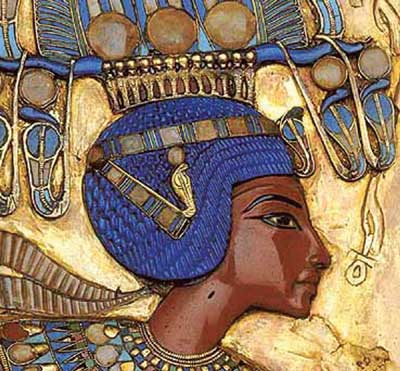 What did Tutankhamen drink? His tomb, discovered in 1922, continues to yield secrets with the revelation that a number of amphorae buried alongside Tutankhamen contained young red wine.

A team from the University of Barcelona made this discovery after studying residues from the scrapings of eight of the jars from Tut’s tomb. Researchers Rosa Maria Lamuela-Raventos, professor of nutrition and food science, and Maria Rosa Guasch-Jane, a scientist and Egyptologist, used the latest technology to identify the wine-pigment components. Among these, they recognised malvidinglucoside, the pigment that gives the colour to young red wines.

The news was made public to a gathering at the British Museum in October. British Museum Egyptologist Nigel Strudwick told CWA that ‘the fact that the wine in Tut’s tomb was red does not necessarily mean that he was particularly fond of red wine. Also, all the evidence points to most ancient Egyptian wine being red.’ When we enquired after its vintage, Strudwick stated: ‘The labels on the wine jars refer to wine from various divine and royal estates, and a couple of jars are called ‘very good wine’. The king might indeed have been given the best wine around for his burial, but they could equally have provided him with a standard type of wine that might have been used in burials.’