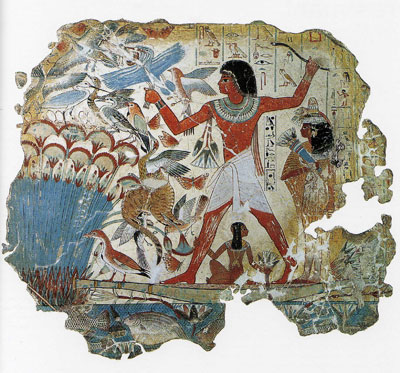 Egyptian blue, the world’s oldest artificial pigment, could have a range of modern uses from medical imaging devices to remote controls for televisions. First produced 5,000 years ago by the ancient Egyptians, the pigment was used to decorate tombs, sculptures, furnishings, and jewellery until the 4th century AD. Now, chemical analysis led by Tina Salguero of the University of Georgia, published in the Journal of the American Chemical Society, has revealed that the calcium copper silicate within Egyptian blue breaks apart in hot water, forming ‘nanosheets’ so fine that thousands would fit across a human hair. These emit invisible infrared radiation similar to the beams used by telecommunications devices.