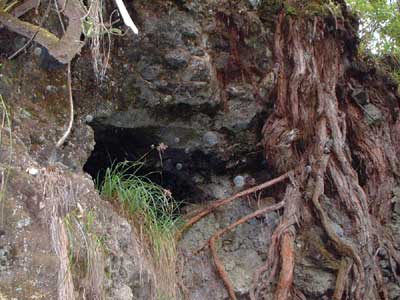 The beauty of Mount Kilimanjaro, to the northeast of present-day Tanzania, has enchanted all who have ever encountered it. The twin-peaks of Kibo and Mawenzi have been worshipped as the seat of divine spirits, have inspired literary greats like Ernest Hemingway, and attracted countless tourists every year eager to scale or marvel at the ‘Roof of Africa’.

I therefore decided that this was the perfect place to conduct some experimental fieldwork. This was to be archaeology without excavation, or for that matter without even a trowel. The plan was to undertake anthropological research, which will help to inform studies of the past. The project involved living with, observing, and inter-viewing the Chagga, the people who live on and farm the slopes of the mountain.

The venture began with two long-haul flights, a ten-hour bus journey, and a five-hour all-terrain vehicle ride. All of that paled into insignificance though when I caught my first glimpses of the free-standing mountain dominating the landscape. Some time spent in the local urban centre of Moshi meant that contacts could be made and local assistance sought. I was lucky to be assisted during the early stages of the study by Paramount Chief Thomas Marealle II. With the assistance of Chief Marealle, a team of translators, and some arduous driving and trekking appropriate sites were found to conduct the study. The primary site involved the villages of Foo and Nronga in the Machame area. For five months the research team lived with the Chagga, dwelling amongst the ancestral bounds of the banana groves or kihamba. During this time friendships were forged, laughter was had – usually at my expense – and a picture of the past was painted by all those I spoke to. Until the colonial period the Chagga did not have any literary records and the past was inherited through oral histories. These word of mouth testimonies are astoundingly accurate and have been corroborated with archaeological and historical records.

Living with the Chagga was an experience of a lifetime. The Chagga are relatively recent immigrants to the mountain having arrived from the lands of various other neighbouring tribal-ethnic groups in East Africa. Though having only lived on the mountain for 400 years, in that time they have created an extremely sophisticated furrow-irrigation system, have a rich cultural heritage, and have learnt to harvest the forest in a sustainable fashion. For instance they keep bees for honey, infrequently hunt animals, and have knowledge of the medicinal qualities of plants. However, the world around them has been rapidly changing, including massive regional increases in population, poverty, agro-industry, and the killer HIV/AIDS. Despite these influences I was struck by how the Chagga maintain a culture that is largely distinct from both the pros and cons of the wider world around them.

The focus of my project was to investigate the traditional religion of the Chagga, who are now formally Christian. This was to be achieved by seeing whether any of the pre-Christian religion had survived through to the present. Unfortunately, I was unable to draw on archaeological research since there has been little archaeological investigation in the vicinity owing to its remoteness and other logistical issues. Moreover, shrines, human remains, or other data that would be pertinent to such an investigation, are regarded as highly sacred and archaeological excavation would be perceived as unethical. Consequently the traditional religion is known mainly through oral and historical records.

The recent historical sources are nonetheless highly detailed. After the ‘Scramble for Africa’ the area was governed by German and then later British colonial administrations that brought stability and relative prosperity. Lutheran and Catholic missionary activity coincided with the colonial contact and had immense conversion success. Interestingly though we discovered that various elements of the traditional religion did indeed show through or were embedded within their Christian practice, for example in the way they deal with their dead. This was also materially manifested upon the landscape.

Thus I chatted and slept in the dwellings, and occasionally sampled banana beer through the long nights, while I interviewed and rather naively assisted on the farms by day. I was permitted to involve myself freely in virtually all activities. I found that today, in order for a Chagga who has died to become an ancestor the deceased must be buried according to the Christian way and two sacrificial rituals must be performed. These sacrifices, usually of goats or cows, call upon the ancestors to communicate with God on behalf of the living and of the deceased. Communicating between this world and the supernatural plane is also achieved through prayer, certain animals – such as horned chameleons and crowned hornbills, and witchdoctors.

In the pre-Christian past, human corpses were buried twice. The first burial would last about a year and would be under the family hut. The corpse would be wrapped in the skin of a recently slaughtered animal and would have been smeared in animal fat. This would signify to the ancestors that the spirit of the deceased was deemed ready for the journey to join them. The corpse was positioned in the grave so that it faced the mountain peak – the seat of the traditional deity Ruwa. It was believed that the spirit of the deceased was confined whilst the corpse was buried beneath the hut. After the primary burial a vigil was kept around the hut for several days during which cursing rituals directed towards those that may have caused the death, and ceremonial hair-shaving were performed. All direct male relatives, and wives that wished to indicate their intentions to remain part of the deceased family and therefore not remarry, would completely remove all head hair. At the end of the vigil period the first sacrifice was conducted.

The second burial, which usually took place at least a year after the first burial, involved the exhumation of the skeleton from the hut followed by its reburial at the ancestral shrine or mbuoni. This shrine was marked with a sacred msale tree. The skeletal bones of the deceased were discarded haphazardly around the shrine with the exception of the skull and humerus which were deliberately positioned by being bound together and ‘planted’ so as to face the mountain. One did not have to dig to find the remains of such ritual action indeed human bones were frequently seen lying near the mbuoni having been unearthed by animals and farming activity. After this burial a further sacrifice was required and it was believed that at this point the deceased’s spirit became a warimu or ancestor.

Today, people tend to be buried only once in grave plots within the family grove. While the corpse is being prepared for burial, butter or Vaseline is applied to the lips and neck so as to ease the passage into the other world. This ritual recapitulates the past wherein formerly the body was covered with animal fat. The corpse is taken to the family hut prior to internment. The graves will have the sacred trees planted on them and one year after the burial soil and stones from the grave will be ritually moved to a traditional shrine. The first sacrifice takes place the third day after burial and the second sacrifice between forty days and one year after burial.

The sacrifices are conducted by the men. An animal is brought from the house to the clan slaughter site, which has been prepared with a covering of fresh banana leaves, and is partially suffocated. The throat is then cut and the gushing arterial blood is caught in a bowl. This is added to the funerary soup or kisusio. Every edible part of the sacrificial animal is consumed. First it is skinned and then butchered into meat sections. The consumption of these sections is a highly orchestrated affair. The food is cooked by the women and divided according to customary law. For example the elders receive the chest, the related women receive the rump, and male siblings get a leg. Everybody present including non-relatives and in exceptional circumstances archaeologists consume some kisusio. Through this sacrificial action some of the spirit of the deceased becomes embodied in the living. Part of the soul is inherited by those left behind. And so, while the rituals had moved on, they retained distinct echoes of the past.

Throughout the project the locals were terrifically hospitable and learning from them was by no means just an academic affair. Two things were particularly striking about local relations. The first is the emphasis upon the community rather than the individual. To a Chagga it is obvious that without relations and interaction, an individual’s life is devoid of meaning and purpose. The social network is the driving force of existence. Children are looked after and receive life-instruction from the elders. In the Chagga culture education is a life-long process that begins at birth. One must learn how to be a Chagga and how to live in the environment.

The second striking feature is that elders are the most respected members of society. To put it simply, the older one is, the more wisdom and knowledge one has amassed and therefore with age comes respect and reverence. The elders are leaders who guide society. This contrasts rather positively with the youth obsessed beautification culture we see about us in the contemporary West.

When we left Kilimanjaro one particular elder, whose brother had died in the North African campaign during WWII, commented that in England the elders must be very wise for they send out their people to learn about the history and characters of others. He was very impressed with this notion. I of course was equally as impressed with the ingenuity, insightfulness and heritage of these mountain dwellers.