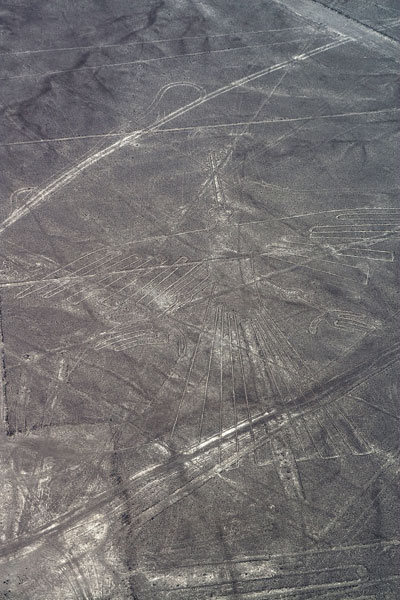 Unicorn lair found
North Korea seems to live in a parallel universe where truth is concerned. Even the name – Democratic People’s Republic of Korea (DPRK) – is one that cannot be taken without a large dose of salt. Various events in the life of the former North Korean leader Kim Jong-il would surely send a lie detector haywire, including the claim in his authorised biography that the only occasion on which he played a round of golf he showed a natural aptitude, scoring 11 holes in one. Satisfied with his performance, he declared his retirement from the sport so as to give everyone else a chance.

This time it is the apparently respectable History Institute of the DPRK’s Academy of Social Sciences that has asked us to believe in fairies – or rather to swallow the news that the lair of a unicorn has been found near the country’s capital, Pyongyang. How did they know that this cave was a unicorn’s lair? Silly question: because it said so. The Institute’s press release proclaimed that ‘a rectangular rock carved with words “Unicorn Lair” stands in front of the cave. The carved words are believed to date back to the period of the Koryŏ Kingdom (AD 918-1392).’

At this point one has to stop sniggering, for it is perfectly plausible that a rock of this date should be so inscribed. After all, the press release did not say ‘we believe in unicorns’, and it is perfectly plausible that people believed in unicorns – not to mention dragons and basilisks – 1,000 years ago. Even so, it just seems a little too neat: like those monks who found the grave of Arthur and Guinevere in the grounds of Glastonbury Abbey in 1191, complete with leaden cross inscribed (in Latin) ‘Here lies King Arthur buried in Avalon’.

Why should a Medieval unicorn matter to a nation currently bent on proving its prowess by launching long-range missiles and trying to put a satellite into earth orbit? For the same reason: national pride. There is only one unicorn in Korean mythology, and it was the favourite steed of King Tongmyŏng. If this was King Tongmyŏng’s unicorn stable, then Pyongyang was the capital of the ancient kingdom of Kokuryŏ, which once embraced the whole Korean peninsula. In other words, this is intended as a key claim in the propaganda war between the DPRK and its neighbour, South Korea, for superiority. It certainly deserves a prize for the most imaginative use of archaeology to make a political point, even if we don’t believe a word of it.

Bare bones of the matter
On the other hand, weird things are found by archaeologists all the time, which is what keeps this column going, reporting true but only just credible stories for your delight. Take the two 3,000-year-old human skeletons that were dug up in the Outer Hebrides in 2001. At the time, they attracted attention mainly because they bore evidence of careful and deliberate preservation. In a region where the acidic soils normally destroy human bone, these remains appeared to have been placed deliberately in a bog as a preservative measure prior to burial; unusually, small amounts of soft tissue had survived as a result – evidence of mummification in an unexpected place and at a very early date.

Some time later, Mike Parker Pearson, Professor of British Later Prehistory at University College London’s Institute of Archaeology, studied the bones again for evidence of Bronze Age diet and lifestyles. This time he found that the two skeletons together comprised the remains of at least six different individuals, who died several hundred years apart. In the case of the male skeleton, the jaw came from someone who had died during the period 1440-1260 BC, the rest of the skull came from a man who died some 100 years earlier, and the remainder of the body from someone who died 500 years before that. The ‘woman’, who was buried alongside, was a jigsaw of different parts that ranged in date from 1300 to 1130 BC. Her jaw bone, a leg bone, and an arm bone all came from different individuals, while her skull in fact belonged to a male. DNA tests showed that the skull and arm could well have belonged to two related people.

Around 1000 BC, seven houses were built in a terrace, with the two composite mummies, which were then hundreds of years old, buried beneath one of the homes. Less well preserved human remains were found under some of the other houses, and many had offerings of bronze artefacts found with them.

Looking for an explanation, Prof. Parker Pearson said that the bones may well have been preserved and kept above ground, perhaps to be brought out on occasion for ancestor-worship ceremonies. It is possible that, over time, the different body parts became accidentally mixed up. On the other hand, reassembling them to look like one person could have been a deliberate act, ‘merging their identities to amalgamate different ancestries into a single lineage,’ he said.

One mystery solved
In some ways it is a pity when an age-old mystery is finally solved. In this case, the origin of Europe’s Romani (or Gypsy) population. Today the Romani are Europe’s largest minority ethnic group, with a population of approximately 11 million. Their complex mosaic of languages, religions, and lifestyles suggests that the Romani have diverse origins.

In fact, two separate DNA studies published in the journals Nature and Current Biology have come to the same conclusion: that there is a high level of genetic homogeneity in the genes of European Romani, and that they all descend from a single founder population who migrated westwards from northern India in the 6th century AD. To begin with, this migrant group settled in the Balkans, and it was from there that they began to spread outwards into all parts of Europe in the 13th century.

DNA samples from Romani men in Europe were compared with more than 10,000 samples taken from members of the 214 different ethnic groups in modern Indian. There was a good match with samples from men throughout the Indian subcontinent, but the closest match, and the least genetic variation, occurred with men from the north-west of India living in areas dominated by India’s low-caste Dalits, or ‘untouchables’.

An Indian origin has long been postulated for the Romani on linguistic grounds – their language contains many words of Hindi origin, though some have argued that this could have come from contact with Indian merchants. The reason for the diaspora remains a mystery, however. One theory is that they migrated west in search of higher social standing; another is that they went in search of work as mercenaries in the armies of central Asian and Byzantine potentates.

Drawing the line
Another myth debunked is that of the Nazca lines of the Peruvian desert, dating from the period c.100 BC to c.AD 700. The Swiss yarn-spinner Erich von Däniken tried to persuade us that these parallel lines marked out in the dry pampa were the landing strips of alien spacecraft. Most people laughed off his theory that ancient astronauts brought culture to Planet Earth, though the idea has long persisted that the Nazca lines served no earthly purpose, but were made for the eyes of the gods.

Nonsense, say Clive Ruggles and Nicholas J Saunders in their earth-bound study recently published in Antiquity. Here the authors argue that the lines are all perfectly comprehensible as radiating to and from landscape features such as low mounds that are clear on the ground. The reason we think otherwise is because these features do not show very well on the satellite and aerial images that have been used to study the lines.

Access to the lines (a World Heritage Site) is strictly controlled to protect them from erosion – the authors observe wryly that this has had the effect of fossilising the innumerable tyre tracks already made in the landscape before laws were passed restricting access, and that now have become part of the archaeological record. However, they did obtain permission to carry out low-impact fieldwork on the ground between 2007 and 2012, and they spent more than 150 days walking over 1,500km (930 miles) in an 80km² (19,800 acre) study area.

They say that access to the area of the lines must always have been restricted, because of their excellent state of preservation and the lack of artefactual debris (i.e. ancient litter). In fact, it is possible that once the lines had been constructed by picking up or sweeping aside the oxide-darkened desert pavement of small stones to reveal lighter, sandy soil beneath, nobody ever used them: any ritual activity was restricted to a few individuals, probably walking in single file around what might be termed an ‘ideological grid’, incorporating an older network of what were once functional footpaths across the desert.