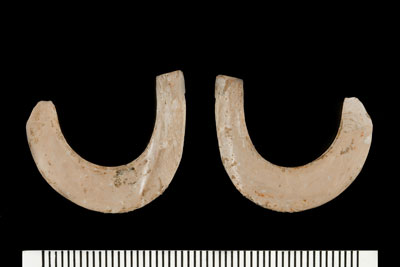 The idea that the early humans who migrated to South-east Asia and on to Australia 50,000 or more years ago lacked the skills to build boats has been dealt a blow by evidence for deep-sea fishing 42,000 years ago.

Researchers from the Australian National University (ANU) in Canberra have found 38,000 fish bones from 2,843 individual fish dating back to the 40th millennium in the Jerimalai cave at the eastern end of the island of East Timor.

Crucially, about half of the fish in the oldest cave strata are fast-swimming pelagic (or deep-sea) fish species, such as shark and tuna, that are very difficult to catch in inshore waters using nets or spears.

The team, which is led by ANU professor Susan O’Connor, also found a fishhook fragment at Jerimalai made from a mollusc shell, and dated to between 23,000 and 16,000 years ago. Writing about the find in the journal Science, O’Connor says that the hook would have been attached to a line and baited, and may have been used in deep-water fishing, though it would probably not have been suitable for catching fast-moving pelagic species such as tuna. It is evidence, however, that ancient people had the necessary craft skills to make other types of hooks.

Even though sea levels were significantly lower 50,000 years ago, the colonisation of Australia and nearby islands would still have required sea crossings of at least 30km; but whether early migrants could build boats or whether they simply drifted on logs or crudely made rafts, is still a matter of fierce debate. Professor O’Connor admits to having been a sceptic herself at one time, simply because direct evidence for early boat-building skills has been lacking: the earliest surviving boats are a mere 10,000 years old, and no bones from deep-water fish have previously been found that are more than 20,000 years old. She now believes the finds from Jerimalai indicate that prehistoric migrants had high-level maritime skills and, by implication, the technology needed to make the sea crossings to reach Indonesia, Papua New Guinea, and Australia.