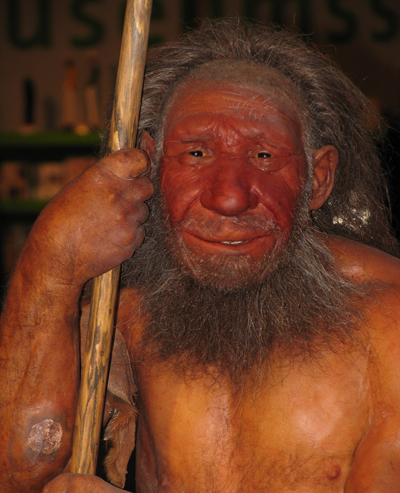 Researchers at the UK’s University of York have concluded that Neanderthals had a deep-seated sense of compassion. The research, by Dr Penny Spikins, Andy Needham, and Holly Rutherford, published in the journal Time and Mind, was concerned with tracing the origins of those higher order emotions that make us human – specifically the emotions that are to do with empathy with others and their point of view, rather than the more primitive, instinctive, and selfish emotions of fear or anger.

Compassion in Homo erectus is evident 1.8 million years ago in the special treatment of the dead, suggesting grief at the loss of a loved one, while early humans such as H. heidelbergensis and H. neanderthalenis went further: skeletal remains dating back 500,000 years show that the injured or infirm were well looked after, including the remains of a child with a congenital brain abnormality who was not abandoned but lived until five or six years old, and those of a Neanderthal with a withered arm, deformed feet, and blindness in one eye who must have been cared for and survived for 20 years.

Further evidence of love and the nurturing of the weak comes from a study of the newly discovered remains of the youngest ever Neanderthal infant yet found in northwest Europe. The skeleton of an 18-month-old were discovered at Spy Cave, in Jemeppe-sur-Sambre, Belgium, alongside those of two adults, potentially representing a prehistoric family. Isabelle Crevecoeur, director of anthropological research at the National Center of Scientific Research (CNRS) in France and lead author of a paper in the Journal of Human Evolution says that Neanderthal youngsters were larger, sturdier, and toothier than modern human infants. Neanderthals started to use the cave around 44,000 years ago and the newly discovered remains date from 33,000 years ago.