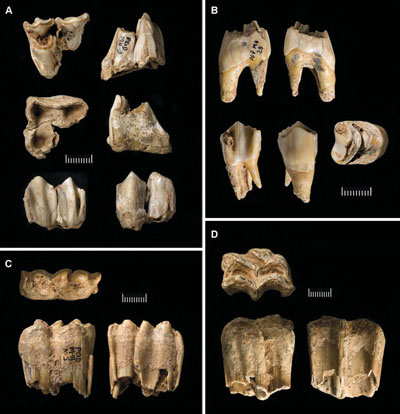 Professor Zilhão of the University of Bristol and his colleagues have used red deer teeth and bones from the Portuguese cave site of Pego do Diabo (in the outskirts of Lisbon) to ask how long Neanderthals survived in the Iberian Peninsula.

Excavations on Gibraltar have led to suggestions that Neanderthals clung on there until as recently as 23,000 years ago, but Professor Zilhão’s results, based on repeated tests undertaken by experts at the VERA laboratory (University of Vienna) and at the University of Oxford’s Radiocarbon Accelerator Unit, consistently show that modern humans of the Aurignacian III-IV culture had replaced Neanderthals at Pego do Diabo by around 34,500 calendar years ago, and that the likely date for the denouement is the Aurignacian II of 37,000 years ago.

That is still some five millennia later than Neanderthals had been replaced by modern humans elsewhere in Europe. Noting that these 5,000 years coincide with a period of milder climate during which oak and pine woodlands expanded significantly along the western side of Iberia, Professor Zilhão suggests that the expansion of such tree-covered landscapes favoured the creation and persistence of isolated Neanderthal populations, but that then, as the environment opened up again for large herbivore herds, Neanderthals were out-competed by modern humans moving more freely around the region south of the Cantabro-Pyrenean mountain chain.