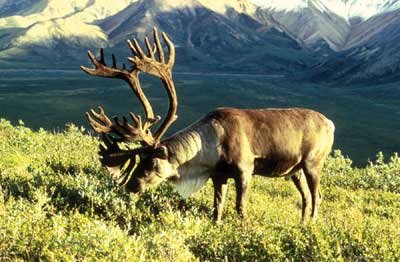 Greetings from the air. Yes, I’m writing on a plane again, this time on my way to a climate change conference in Philadelphia, accompanied by another of Nadia’s bloodthirsty requests for a column. I’m tempted to write on my book sleeves that I live on United Airlines… Here is my latest roundup.

It’s wonderful what esoteric information you acquire as you journey through the obscure byways of archaeology and ethnography. I was contemplating Ice Age footwear the other day and found myself browsing through obscure ethnographies of Eskimo and Inuit societies collected during the 1920s and 1930s.  That was when I discovered that the skin from caribou legs made the best boot uppers.

The women carefully skinned the legs, dried the strips, then matched left to left leg, right to right. Apparently, such uppers wore exceptionally well, resisted water, and, when worn with some form of inner sock, were warm in subzero temperatures.

Fascinating stuff, but sobering when you realise how little from, say, Palaeoarctic societies of 9,000 years ago has come down to us. And did you know that wolf fur is ideal for the fringes of parka hoods? But that’s another story.

Rumours of China’s Wanxiang Cave have been circulating in palaeoclimatological circles for months. Now they are confirmed in the august pages of Science. A group of 17 American and Chinese scientists have reconstructed monsoon fluctuations over a period of 1,810 years, from AD 190 to 2003 with an accuracy that at times approaches 2.5 years. All this comes from a 118m long stalagmite about a kilometre from the cave entrance. No fewer than 703 18 oxygen readings chronicle rainfall changes preserved in the accumulating calcite. Wanxiang lies in a semi-arid region at the extreme north of the Asian monsoon belt, so its stalagmite record is a reliable barometer of strong and weak monsoon activity since Roman times. The researchers were able to correlate these fluctuations, at least in general terms, with the fate of several Chinese dynasties in an area of chronic drought. The monsoon was generally strong during the Medieval Warm Period and weak during the Little Ice Age, the weak periods coinciding with periods of social unrest.

The Wanxiang stalagmite will become a yardstick for much of northern China, even if it is but a single climate record in an area where there are no others. Things get even more interesting when you correlate the monsoon fluctuations with climatic events elsewhere, such as the Cariaco deep-sea core off Venezuela and the lake borings from Mexico’s Yucatan. Both these sources record prolonged droughts that coincide, in part, with the partial collapse of Maya civilization after AD 900, as well as with the difficulties that engulfed the Tang Dynasty in northern China at the same time. There are correspondences, too, between the retreat of Alpine glaciers during the Little Ice Age and weak monsoons on the other side of the world.

These are early days for palaeoclimatology in Asia and it would certainly be a mistake to read too much into the Wanxiang sequence. We would be wise to remember the dangers of environmental determinism and to think of climate as but one of many factors that helped change history in the past.

A quarry at altitude

At 4,205m, Mauna Kea on the island of Hawai’i is the highest mountain in the Hawaiian Islands. Genealogical chants associate the first ancestors Wakea and Papa, also the fire goddess Poli’ahu, with the often snow-covered peak. Four hundred metres below the summit, enormous piles of stone adze-making debris mark a huge quarry complex that covers at least 18km2. The quarry was in use from as early as AD 1100 to about 1800, a time when powerful feudal states came into being, part of a complex of caves, shrines, shelters, and workshops with strong ritual associations.

Mauna Kea was not the only adze quarry on the island, but its products clearly reached many communities. The only way to study these connections is by sourcing research, studying the trace elements in the basalt. Mauna Kea is culturally sensitive, which raises complex ethical issues about using a destructive approach like taking thin sections. So a team of researchers, including archaeologist Peter Mills of the University of Hawai’i, used a non-intrusive EDXRF spectrometer on a large number of samples chosen in consultation with stakeholders in the area. The researchers were able to distinguish between different basalt sources on the island and hope soon to be able to identify stone from different areas of the quarry. Were, for example, some areas of high quality stone reserved for the elite? All of this is, of course, unspectacular work, but when you remember that other axe sourcing studies have identified a Hawaiian axe that was carried to the Tuamotus, its importance for wider Pacific archaeology is apparent. And the non-intrusive approach, sensitive to local cultural concerns, has many potential applications elsewhere.

Annapolis, Maryland, is a fascinating Colonial city on Chesapeake Bay. Mark Leone of the University of Maryland and his many colleagues have spent years uncovering the diverse and vibrant city of 300 years ago. Their research has yielded intriguing hints of the traditional African beliefs that thrived underground here during the 18th century—caches of artefacts that once formed ritual bundles.

Now Matthew Cochran, a doctoral student at University College London, has found an intact one, a clay container about the size of a football found at a depth of 1.2m in Fleet Street, near the state capital building. Part of a stone axe projected from it. While being excavated, a corner of the bundle split open, exposing iron nails and pins inside. X-rays revealed a jumble of iron nails and copper pins, also lead shot. The 25cm high container bore impressions of the cloth or leather that once formed the outer wrapping of the bundle.

Pottery found nearby dates the bundle to about AD 1700. Interestingly, it once lay in a street gutter, which is a strange place for a supposedly clandestine object. Mark Leone points out that magic and witchcraft were commonplace in Annapolis at the time, even among Europeans, so African practices may also have been more in the open than in later times.

The experts are puzzling over the bundle. Stone axe blades were symbols of Shango, the god of thunder and lightning among the Fon and Yoruba of Benin. Metal worked in fire had, and still has, powerful associations for the Mande, Yoruba, and other West African peoples, which may be why the nails and pins were sealed inside clay. Sacred bundles are still widely used by traditional practitioners in West Africa, a way of rallying spiritual powers at times of personal crisis. Presumably the Annapolis bundle belonged to a recent immigrant, who still valued the spiritual beliefs of his or her homeland. This remarkable discovery gives powerful validation of the importance of ritual activity in early African-American communities.