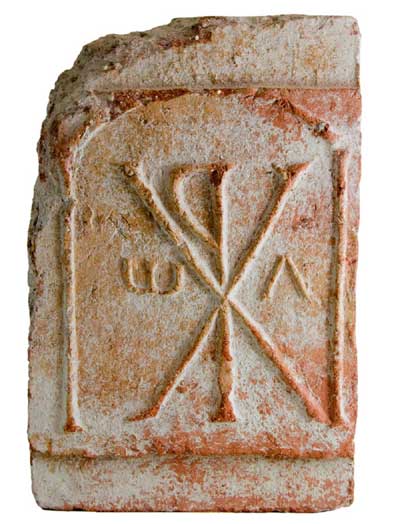 The latest exhibition at The Bible Lands Museum in Jerusalem, entitled Three Faces of Monotheism, is dedicated to the symbols of Judaism, Christianity and Islam. On display are architectural elements, jewellery, ritual objects and other items ranging from the 3rd to the 13th centuries AD. The exhibition reveals how each religion represented itself to the outside world through a wide range of similar symbols.

For example, the star has served as a symbol of the cosmic order or celestial light in many religions and eras. Thus, for example, in the Jewish Hasmonean period (166-63 BC) a five-pointed star was stamped on the royal coins and on the handles of implements as a symbol of Jerusalem. Later, Jesus proclaimed himself ‘the light of the morning star’ (Revelation 22:16) and the star often appears in Christian Byzantine artwork.

Thus the exhibition explores many symbols and their various use in the three religions. As an additional example, it is interesting to discover that the menorah – the nine branched candelabrum – which is today thought of as an exclusively Jewish symbol, also once featured in Christianity and Islam, representing a message of light and hope in each one of the three religions.

The Bible Lands Museum, located in the heart of Jerusalem’s museum row, has dedicated itself to exhibitions and programmes that highlight the history of the region and the peoples who have lived there. It was the vision of its late founder, Dr Elie Borowski, to present a universal institution where people of all faiths would be welcome to learn and understand our shared history. The exhibition is set to run until next summer.