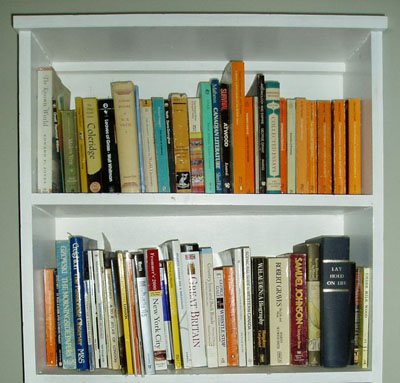 For the Books Section of Current World Archaeology, we asked this question of a number of distinguished archaeologists. We asked for about 100 words on an archaeological book that will give people a good read over Christmas, or enhance their souls and minds. Here, in their own words, are their reviews. Happy reading this holiday.

Chosen by Norman Hammond, Archaeology Correspondent for The Times:

“I have been taking a great deal of pleasure in looking at George Gerster’s magnificent aerial photographs of archaeological sites in The Past from Above, published in coffeetable format by the J. Paul Getty Trust. He covers nearly 250 locations in more than fifty countries across all five continents, ranging in age from Olduvai Gorge, with its 1.75 million year old deposits documenting the emergence of Homo habilis and Homo erectus, to the post-medieval maze at Saffron Walden and the stilldisputed (but undeniably impressive) Cerne Abbas Giant. One of the triumphs of the book is the way that archaeology is seen in its landscape – and in some cases, such as Uluru (Ayers Rock) and the Cappadocian rock churches is the landscape – in a way that makes one see things afresh. The Assyrian capitals of Ashur and Nimrud, the oppidum at Ensérune, and the dry-walled forts of the Aran islands all look different in their landscape contexts, and such vital aspects of ancient sites as water supply, access and defensibility are emphasized anew.”

“In my view the most exciting thing that has happened in archaeological publishing this year is the launch of the new English Heritage guidebook series. After a ten year period during which English Heritage guidebooks have become more commercial and more of a souvenir guide, there is now a change in policy. The new guidebook series reintroduces phased plans, widens the intellectual framework to cover the adjoining landscape in which the monuments are set and appoints the very best authors to undertake the work. These changes coupled with a redesign and a new format make these guidebooks once again an indispensible companion to over 400 important archaeological sites in England.We should remember that for many of these sites the guidebook is the only source of information. I was asked to choose one and my choice would be Julian Richards’ new guidebook to Stonehenge. Tremendous new graphics and a brilliant synthesis of current thinking on the monument all written in an accessible style which will be read by, quite literally, tens of thousands of people.”

Chosen by Timothy Darvill, Professor of Archaeology at Bournemouth University:

“What separates us from the ancient? A question that has many answers, but one is certainly the matter of ‘time’. Archaeology is inherently concerned with time, yet we rarely grapple with this fundamental dimension of our studies. In this book Gavin Lucas gives a wideranging, clear, and expertly constructed overview of time for archaeologists. He draws on the work of philosophers and scientists from the ancient Greeks onwards to understand what is meant by time, how it works for us, and how we use it in exploring archaeological sites. Distinguishing between timeindicators as systems for coordinating daily routines and time-reckoning systems for monitoring and measuring the passage of time he shows how different societies have come to terms with the notion of time. So, if you want to find out how Zeno’s arrow seems to stand-still in flight, or how a humble Roman pot has a biography that would have amazed its maker, this is a book every bit as challenging as the Christmas crossword and just as much fun.”

Chosen by Brian Fagan, Emeritus Professor of Anthropology at the University of California:

“David Lewis-Williams and David Pearce explore the intricate relationships between belief, myth, and society in the first centuries of farming, and in megalithic building cultures in Europe. By combining archaeology with neurology, they examine the causes of an ancient revolution in cosmology. You won’t agree with everything, perhaps even anything, in this book, but it will make you think in new ways about the past.”

Chosen by David Harris, Emeritus Professor of Human Environment at the Institute of Archaeology, UCL, and Director of the Institute from 1989 to 1996:

“In recent years the science of population genetics has made revolutionary advances that have profound implications for world archaeology, but the technical genetic literature needs to be interpreted for nonspecialists. I have therefore chosen a book by a geneticist who can also write good popular science. The Journey of Man is a riveting account of how Homo sapiens emerged in Africa, spread through Eurasia, and eventually occupied Australia and the Americas. The evidence for this grand narrative comes mainly from studies of the male-inherited Y chromosome, correlated wherever possible with archaeological evidence. This novel mix of genetics and archaeology offers fascinating new insights into world prehistory, and I warmly recommend it.”

Chosen by Geoffrey Wainwright, Chairman of Wessex Archaeology and Treasurer of the Society of Antiquaries:

“Stonehenge was having a bad year in 2005 until this book was published. Abandoned to its fate between the scissors of the A303 and A344, largely through the inability of the heritage sector to judge between a good and a perfect solution, this magisterial volume edited by Timothy Darvill and funded by English Heritage is a timely reminder that what matters is the quality of our understanding of the most iconic prehistoric monument in Europe. It assembles all the archaeological work carried out over the last century, considers carefully what to do next and provides a framework for further research. All we wish to know is here, illustrated by an exquisite set of maps which bear witness to the fascination of the landscape to researchers over the centuries. It is balm to the soul after the corrosive failures of management and leadership elsewhere and reminds us of the importance of understanding as well as managing our heritage.”

Chosen by Harriet Crawford, the Chairman of the British School of Archaeology in Iraq and Visiting Professor at Institute of Archaeology, UCL:

“Murder in Mesopotamia by Agatha Christie was first published in 1936 and tells the story of a murder on a dig in northern Iraq which is finally solved, after a suitable number of red herrings, by the little grey cells of Monsieur Hercule Poirot, who just happens to be passing. The descriptions of dig life are thoroughly authentic as of course Agatha Christie had extensive experience of digs such as that at Ur where she had stayed with the Woolleys and had met her husband to be, Max Mallowan. An extra frisson is added by the fact that the first murder victim is widely acknowledged to be a portrait of Leonard Woolley’s wife Katharine, a widely disliked lady.”

“This book is quite simply the best published introduction to Sasanian glass, and is the first museum catalogue to be devoted to this subject. Sasanian glass was first recognised following excavations in Iraq and Iran in the 1930s, and has been widely collected since. Whitehouse’s own catalogue, supported by full colour and line drawings, is not only up-to-date but is elegantly aimed at archaeologists, curators and collectors alike. It will be a tough act to follow.”

“Not a single book but a country: Scotland. This is an illustrious period for Scottish history and archaeology. The Art of the Picts is a beautifully presented discussion of one of Britain’s genuine contributions to world art. But my favourite Scottish book of all this year is Findings by poet Kathleen Jamie, a touching, funny meditation on landscape and life. Every archaeologist should know her poem Arraheids: The museums of Scotland are wrang They urnae arraheids But a show o grannies’ tongues No-one has written better about the past in the present since that other great Scot George Mackay Brown.”

“Leaving aside radio broadcaster John Peel’s wonderful (half) autobiography as not being sufficiently archaeological what I think you need as a Christmas read is a tale set in the distant past. Wolf Brother: Chronicles of Ancient Darkness is the first part of a saga set in the Mesolithic, the time of hunters and gatherers, and, as an archaeologist, I really like it. It’s a great story that had my 14 year old son gripped while the characters and their relationship with their world are entirely plausible. Take yourself back to a time before turkey and stuffing. Have yourselves a very Mesolithic Christmas.”

Chosen by Dai Evans, former General Secretary of the Society of Antiquaries, and since involved in many television documentaries:

“If you want to examine the problems of antiquity trading, looting and forgery together with the licensing of excavations – together with the solving of two murders – then this is the book for you. This book got the prize for the funniest crime novel of the year. It is one of a series set in Egypt in the early 1900s about Captain Gareth Owen, The Mamur Zapht (head of the political police) imposed by the British ‘advisors’ on the Khedive of Egypt, working his way through the web of the Foreign Office, Egyptian Nationalists, British Army and local customs. Roman Britain must have had similar cultural politics.”

Rome in the East: The Transformation of an Empire
Warwick Ball
Routledge, £75

Chosen by Eberhard Sauer, lecturer in Classical Archaeology at the University of Edinburgh:

“Who or what provided the inspiration for Roman linear barriers, such as Hadrian’s Wall? Could it have been an over 190 km long wall lined with forts in north-eastern Iran, as Warwick Ball proposes? Ball is able to show to what extent Roman culture had been influenced by its Near Eastern provinces, its Parthian, and later Persian, neighbours and India. While one may not agree with all of Ball’s hypotheses, this colourful and wide-ranging introduction into the archaeology and history of the Empire and its neighbours in the Near East, with plenty of thought-provoking ideas, is well worth reading.”

Chosen by Richard Hodges, Professor at the University of East Anglia & Scientific Director of the Butrint Foundation:

“Simon Kaner kindly gave me Tatsuo Kobayashi’s Jomon Reflections: Forager life and culture in the prehistoric Japanese archipelago. Simon is responsible for the English edition of this truly handsome book which, with its extraordinary mix of academic and public archaeology, makes one leave it close to hand to pick up again and again. The Jomon mother goddesses bring to mind the Neolithic figurines in Kosovo and Macedonia, while the huge reconstructed sites show just how compelling public archaeology can be.”