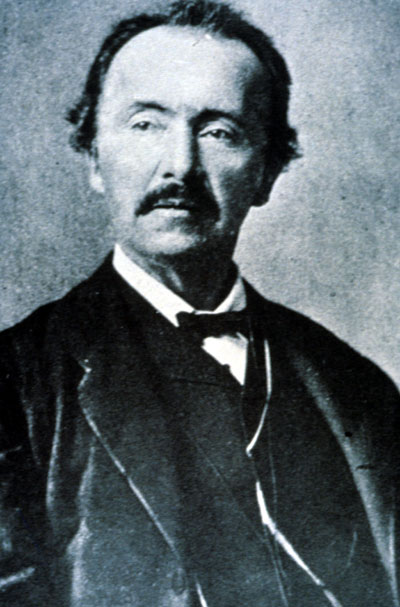 Heinrich Schliemann has been described as ‘the creator of prehistoric Greek archaeology’, but he was an amateur when he took up archaeology aged 46 after making his fortune in business. A German pastor’s son, he had been inspired as a child by tales of Homer’s Troy, and when he had the means, set out to prove the veracity of those myths.

His desktop research convinced him that Hissarlik in north-west Turkey was the site of Homer’s Troy. Hissarlik was a tell – a low, flat- topped, artificial mound – known to have been the site of the Hellenistic city of Ilion and the later Roman city of Ilium. Schliemann secured permission to work on the site, carried out an evaluation in 1870, and then mounted three full campaigns of excavation over three years. Employing between 80 and 160 workers each day, he undertook a total of nine months’ work in all.

Schliemann has often been criticised for his methods, but he was in uncharted territory. Other digs on Classical (that is, Greek and Roman) sites had been relatively simple. Troy is an exceptionally complex site, with nine major settlements superimposed on one another, representing a 4,000-year sequence from c.3600 BC to AD 500. As well as numerous later features cutting earlier levels, the sloping nature of the site means that layers associated with each phase will occur at different levels across the hill.

The discoveries
Schliemann decided to dig huge trenches, removing hundreds of tons of earth and rubble, demolishing in the process overlying structures he considered to be late and unimportant. Interpreting the stratigraphy exposed, he eventually concluded that some seven successive cities were represented, and that the second, Troy II, was Homer’s ‘citadel of Priam’.

The single most spectacular discovery was made at the very end of the final season, in May 1873. Schliemann’s account of the discovery has been challenged, and certainly there are doubts about details. Nor do his records allow the find- spot to be precisely located, and it is possible he was stratigraphically confused and had failed to recognise that what he dubbed ‘Priam’s Treasure’ and the ‘Jewels of Helen’ represented the grave- goods from a burial cut from a higher level.

The treasure included: copper spearheads; copper salvers and cauldrons; cups of gold, silver, electrum, and bronze; a gold ‘sauceboat’; gold rings and bracelets; a gold headband; four splendid earrings; a gold headband; and two gold diadems, one of which comprised no less than 16,000 tiny pieces of gold threaded onto gold wire (the Jewels of Helen).

The deductions
Schliemann had proved that Hissarlik was a heavily fortified prehistoric settlement of great antiquity. But his identification of Troy II – a precinct measuring just 100yd by 80yd at the maximum – as that described in Homer’s Iliad was misguided. The finds – assuming Priam’s Treasure does represent a later phase – were too crude and too early.

Later excavations – some by Schliemann himself, older and wiser and ably assisted by younger, better qualified men, and some by his successors – have not only revealed a more refined sequence of phases, but also have provided a reliable series of dates based mainly on ceramics.

Troy II was, in fact, an Early Bronze Age citadel, destroyed around 2200 BC. The Trojan War is a legendary account of events in the Late Bronze Age, and, as it happens, the remains of Troy VI both match Homer’s descriptions and are of the right date. The great walls and towers of this formidable citadel, twice the size of Troy II, were destroyed around 1250 BC. And if Achilles and Agamemnon are figures of myth, their ‘Akhaians’ are without question historical, and we might, just might, have direct archaeological evidence for their work of destruction as described in the founding text of Western literature.