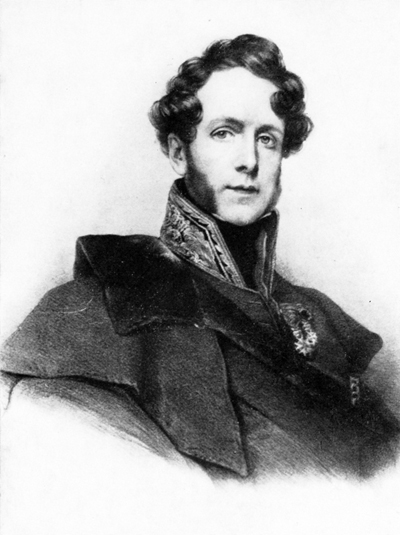 Jacques Boucher de Crèvecoeur de Perthes (1788-1868) was a minor customs official at Abbeville in northern France. He became interested in ‘Celtic’ remains dredged out of the nearby Somme canal and began collecting them. His interest later extended to comparable material recovered from local gravel quarries. Roughly chipped stone tools were found associated with the fossilised bones of extinct animals. Boucher de Perthes displayed his finds in Abbeville in 1838 and in Paris the following year. He also published them in a five-volume work De la Création: essai sur l’origine et la progression des êtres (1838-1841). He described some of the tools as ‘axes’. He was not believed.

He continued collecting, researching, and writing. In 1847, he published the first of three volumes entitled Antiquités Celtiques et Antédiluviennes. He was now arguing that many of the finds were ‘antediluvian’ – i.e. they predated the Biblical Flood. Many still refused to believe him. He was widely regarded as an amateur crank.

When, during the 1850s, other researchers excavated gravel pits at Amiens and Saint-Acheul and also discovered stone tools associated with extinct animal remains, they concluded that Boucher de Perthes had been right. Similar discoveries were being made in Britain, in a cave overlooking Brixham Harbour in Devon and elsewhere; and in 1859, two leading British antiquarians, Joseph Prestwich and John Evans, visited Abbeville to assess Boucher de Perthes’ claims. They were convinced.

On returning to England, Prestwich read a paper to the Royal Society entitled ‘On the occurrence of flint implements associated with the remains of animals of extinct species in beds of a late geological period at Amiens and Abbeville and in England at Hoxne’. This was the turning-point. 1859 was the annus mirabilis for academic acceptance of the antiquity of the human species.

Until the middle of the 19th century, the broad consensus was the world was not very old, and that humans were recent inhabitants. Many people still accepted the validity of 17th-century calculations that dated ‘the creation’ of humanity to 9 o’clock on the morning of 23 October 4004 BC. This received wisdom, pickled in theological dogma, was demolished by a series of discoveries in the field made by both geologists and antiquarians.

The geologist Charles Lyell (1797-1875) had rejected ‘catastrophism’ – the idea that the world had been created in a single cosmic event – in favour of ‘uniformitarianism’ – the idea that it was the result of slow evolutionary processes of a kind detectable in the present. The crucial observations were of geological strata – the field method that came to be known as ‘stratigraphy’.

The antiquarians were able to use the stratigraphic insights of Lyell’s geology to make sense of the association of stone tools and the fossils of extinct animals in the same layers. And their surmises were to be spectacularly affirmed with the publication of Charles Darwin’s Origin of Species in 1859.
The Abbeville tools – in context – proved the antiquity of human beings. And the theories of stratigraphy and of evolution provided the theoretical framework for comprehending this.