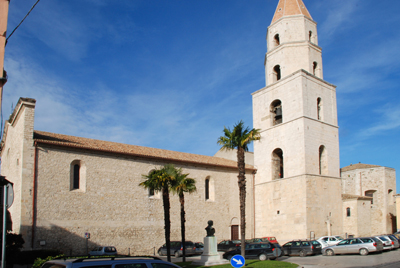 The Samnites were hardy folk. Living in a region dominated by the Apennine mountains to the southeast of Rome, they proved reluctant to submit to the fledgling power’s imperium. Tensions flared into open conflict around 343 BC, when Rome was drawn into a land dispute. The Samnites were eager to be able to graze their herds in the lowlands beyond their Apennine heartlands. The Campanians that occupied the land were equally eager that they should not. Intervening on behalf of the Campanians, the Romans swiftly resolved the matter to their allies’ satisfaction. But it proved to be a temporary respite. By the 320s, the Samnites were once again trespassing on Campanian land – and Rome once again rode to their rescue. This war, though, proved to be a messier affair, with victory only secured in 304BC. By 298, the Samnites were back to their old tricks, invading the territory of the Apulians in south east Italy. While these people had proven to be tenuous friends at best, the Romans, as before, took sides, and arms, against the Samnites. This third war concluded in 290 BC, but by then Rome had already taken measures to achieve a long-term solution to the Samnite menace. Chief amongst these was establishing a major colony at Venusia, modern Venosa.

Send in the colonials

Supposedly founded by a mythical Greek hero in the aftermath of the Trojan war, Venusia became the keystone of Roman attempts to shore-up southern Italy. Lying in the border region between Samnium, Lucania, and Apulia, the ancient historian Dionysius of Halicarnassus records that this Samnite city was a populous place. It also occupied a particularly strong natural position, though not one strong enough to save it from capture by a Roman army in 291 BC. What followed displayed an acute appreciation of the site’s potential. A huge quantity of Roman veterans was settled at the city. Dionysius gives a figure of 20,000 colonists, a number so extraordinary that it is widely suspected the historian is simply wrong. After all, around 1,000-2,000 settlers would be normal for the establishment of a colony, with particularly extravagant ventures involving up to 3,000. Had an unprecedented 20,000 people been imposed on the city, you might expect it to be clearly visible in the archaeology; instead the 40ha enclosed within the walls is typical of larger colonies elsewhere, while there is no sign of the extensive field systems required to support such a population. But if Dionysius’ inflated figure serves to highlight the city’s military significance, so, too, does its location.

Normally the Romans would not hesitate to shift settlements away from hilltops and establish new cities on flat ground. That did not happen at Venusia. Instead, the Samnite location was retained, forcing the Roman town to adopt a long, narrow plan that was dictated by the long, narrow ridge it lay on. The result was a lighthouse of Roman civilization, shining in the Samnite wilderness. At first, this bid to ensure loyalty was successful, and the city firmly resisted Hannibal’s advances. In 91 BC, however, the city joined a confederation that rebelled against Rome. True to form, the Samnites were the last belligerents to be brought to heel.