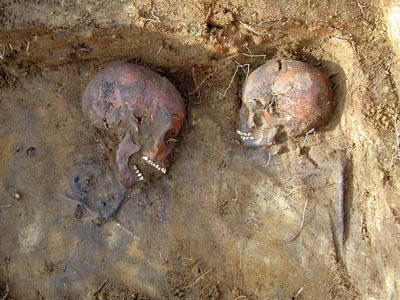 Plague was coming, everyone knew that. As early as autumn 1708 the Royal Council of Stockholm had set out emergency regulations decreeing how to deal with skippers, seafarers, and passengers arriving on Swedish shores from regions already in the grip of the disease. So when, in October 1710, a fleet of ships carrying passengers from Baltic provinces where the plague was rampant approached the port at Karlskrona, the response should have been clear. Quarantine them. Unfortunately, the ships were military transports, stationed in the Gulf of Finland, and the passengers were soldiers. Rather than isolating them, the Admiralty ruled that the emergency regulations did not apply to gentlemen of the navy. The stage was set for a disaster.

Once disembarked at Karlskrona, the infantry and sailors were sent home, carrying the contagion across southern Sweden. Plague followed in their wake, devastating the larger cities, and taking its toll of small villages too. The disease harvested so many victims that existing cemeteries were quickly overwhelmed. To ease the pressure, mass graves were dug, and coffins piled high on top of each other in the pits. New rules concerning the disposal of diseased corpses were issued nationwide: bodies should be buried deep in a nearby meadow, and immediately – without a shroud or any delay for the ceremonies or funeral feasts that normally sent friends and relatives on their way. Amazingly, despite the dire situation, these new provisions caused controversy and resentment. For Sweden’s God-fearing community, a burial outside consecrated ground was the worst kind of dishonour, a fate normally reserved for executed criminals and suicides. To condemn loved ones to such ignominy was hard to swallow, and one priest who tried his best to coax his parishioners into following the rules was crudely threatened.

It was against this backdrop that what is traditionally known to locals as the ‘plague hillock’ in Holje arose. The village at Holje, in Jämshög parish, was one of many small settlements ravaged by the plague. It had no church of its own, and so it was in a field far from holy ground that the parishioners of Holje laid their plague victims to rest. In Autumn 2000, the National Heritage Board excavated part of this burial place to determine what lay under the sandy slopes and lush grass. The intention was to investigate what is ultimately an archaeology of crisis. Caught between official regulations, a desire to do what was right by their loved ones, and a seemingly insatiable killer, how had the close-knit Holje community responded? Did they follow the rules, or bend them to allow for their views of dignity in death? As well as answering these questions, the excavations gleaned new insights into life, as well as death, in Holje.