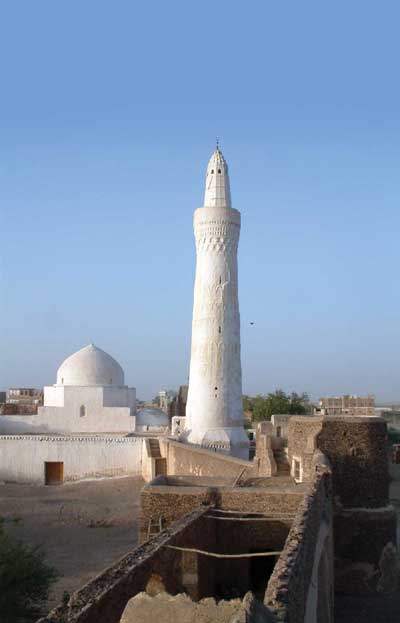 The still-living city of Zabid, on the Red Sea coastal plain of Yemen, was once both a seat of international learning, and a regional capital of Yemen. A Canadian team has been uncovering its history for the past quarter century, as its director, Edward J Keall, explains.

Today Zabid is a beautiful, yet impoverished, city on the bleak western coast of Yemen. From noon, the site tends to be interminably shrouded in a hot dry dust that whips ankles and calls for headscarves to be tightly wrapped. Yet this seemingly destitute place was once one of the most notable cities of the east.

Zabid reached its zenith under the dominion of the Yemeni Rasulid dynasty, between the 13th to 15th centuries AD. The Rasulids were copious builders and their work helped to make the city a cultural and, indeed, political centre of Yemen. Zabid’s reputation as an intellectual haven quickly spread throughout the Muslim world and across the Indian Ocean. For example, the 15th century chronicler and historian, Ibn al-Dayba’, writes of how he was educated at Zabid in the disciplines of reading the Koran, Koranic law, mathematics and surveying.

Though there were special colleges dedicated entirely to learning, teaching would often take place in mosques – and as testimony to Zabid’s lofty history, 86 such mosques and madrassas are still spread across the city. Most are made of baked brick covered with white stucco, often embellished with intricate geometric drawings and calligraphy.

However, Zabid was unable to maintain its prime status. A mere century after Ibn al-Dayba’, the city’s decline was accelerated by the first Ottoman Conquest of Yemen in 1545-1638, which represented part of the Turks’ general expansion in a bid for world domination.

It was Zabid’s dynamic history that drew me to the city. Our excavation project was conceived of in 1981 and we have been digging at the city ever since – now a UNESCO World Heritage Site. Over this time, one of our major questions has been to discover who lay behind the city’s impressive urban infrastructure. What were the intellectual and religious institutions in Zabid? Who fostered their sponsorship? Were they sultans, state officials, or private individuals?

The answers are now emerging. Zabid’s proximity to the Indian Ocean, with its vibrant trading routes and activity, certainly helped to create the city’s wealth. However, it was the productivity of its land that allowed goods to be bought and traded in the first place. Thus, our research suggests that Zabid’s Medieval prosperity stemmed from the successful management of its agricultural lands by its general population. This is no small feat, as agriculture is only able to flower in desert places like Zabid thanks to an ability to work with a regular pattern of seasonal rains.

The monsoon season rains that fall in the mountains of the Yemeni interior quickly turn into voluminous spates that race out onto the lowland plains. If these sudden flood-waters are harnessed, directed through engineered diversion devices into canals, and subsequently to field systems, the production potential is enormous. From the earliest years, the Yemenis developed this system. Their success was, in turn, dependent upon political stability and social cohesion, because otherwise the diversion barrages and sluice gates could not be operated with surety. For Medieval Zabid, we have recorded documentation reporting legal rulings concerning water distribution. To create fairness for the society as a whole, it was not always a case of first come first served (or rather priority for those living upstream). That Zabid’s agriculture flourished in Medieval times is a testimony to the effectiveness of its water distribution laws, and to the society’s acceptance of those allocation rights.