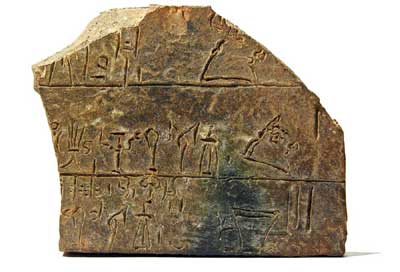 In ordinary conversation, to decipher someone’s ‘indecipherable’ handwriting means to make sense of the meaning; it does not imply that one can read every single word. In its more technical sense, as applied to ancient scripts, ‘deciphered’ means different things to different scholars. At one extreme, everyone agrees that the Egyptian hieroglyphs have been deciphered – because every trained Egyptologist would make the same sense of virtually every word of a given hieroglyphic inscription (though their individual translations would still differ, as do all independent translations of the same work from one language into another). At the other extreme, almost everyone agrees that the scripts of the Indus Valley civilisation and Easter Island (Rongorongo) are undeciphered – because no scholar can make sense of their inscriptions to the satisfaction of the majority of other specialists. Between these extremes lies a vast spectrum of opinion. In the case of the Maya glyphs, for example, most scholars agree that a high proportion, as much as 85 per cent, of the inscriptions can be meaningfully read, and yet there remain large numbers of individual glyphs that are contentious or obscure.