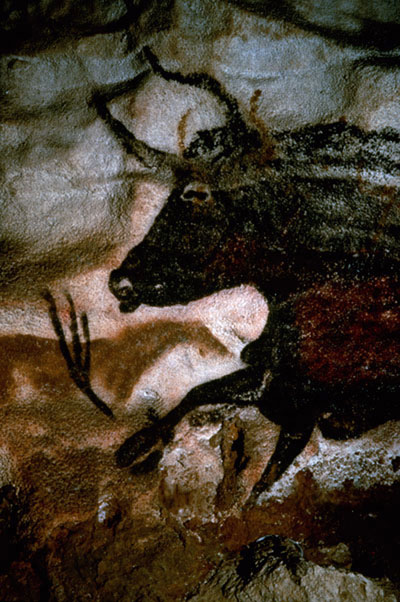 Lascaux, in south-west France, is unquestionably the most beautiful decorated cave in the world, one of the greatest discoveries in the history of archaeology, and a landmark in human evolution. And yet, although it was found relatively recently (1940), this treasure from the last Ice Age has suffered tremendously at human hands from the start, despite having survived largely intact for many thousands of years.

As is well known, the cave was discovered by four youngsters from the nearby town of Montignac, and they quickly revealed their secret to their old schoolteacher, Léon Laval. His son François recently published a remarkable book, Mon Père, l’Homme de Lascaux (2006), which – in a chapter entitled Le trésor maltraité (the mistreated treasure) – details the whole succession of damaging procedures to which the cave has been subjected.

By the 1940s, Ice Age decorated caves had already been open to the public for decades, but as yet very few people had really grasped the fact that what had preserved the art for millennia was the extreme stability of the temperature and humidity in the caves; and that widening entrances, or punching in new ones, and subjecting caves to large groups of visitors for long periods was inevitably having a radical and deleterious effect. It was Lascaux that finally taught this lesson to the world.

The destruction began shortly after the discovery, when its entrance was progressively widened, thus forever altering the interior temperature and air circulation, and permitting rainwater to enter. After the war ended, the cave’s sediments were simply dug out by labourers – with no allowance made for any archaeological investigation at all – in order to prepare it as rapidly as possible for tourist visits. Subsequently, the number of visitors was such that the cave’s air often became unbreathable, and so, in the late 1950s, an air-conditioning system was installed with no archaeological supervision (again causing a massacre of the cave’s remaining sediments). But even so, by the end of the 1950s, the guides were noticing the insidious growth of pollution by the ‘green and white sicknesses’.

The ‘green sickness’ consisted of a proliferation of algae, bacteria and fungi, often growing around the electrical lights, while the ‘white sickness’ was crystal growth on the walls and paintings, caused by the evaporation of water filled with carbonic gas, which dissolves calcium carbonate and leads to the formation of calcite. After closure of the cave to visits in 1963, and extensive scientific analyses, the causes of these conditions were identified; it proved possible to stop and eradicate the green sickness, while the white sickness was stopped from further expansion, but its growths could not be removed. It was determined by the scientific commission appointed by France’s Minister of Culture, André Malraux, that the problems had arisen primarily from the size of tourist groups, the time spent by humans in the cave (thus raising its temperature and altering its humidity), and by the introduction of pollen and spores, usually on footwear. Henceforth it was decided that the cave would only be open to one group of five people per day, five times per week, for only about 30 or 40 minutes at a time, and everyone had to walk through disinfectant on the way in. Instruments inside Lascaux constantly measured the temperature and humidity, as is also done now in most decorated caves open to visitors.

The general public believed that Lascaux was now totally closed; the fact that it essentially remained open – since everyone had the right to apply to see it for free, although preference was given to specialists – was never advertised, for obvious reasons. The problem of catering for the many thousands who wanted to see Lascaux was essentially solved by the opening, in 1983 of the nearby facsimile, Lascaux II. But the crucial fact to note at this point is that for almost 40 years the new system of small groups for a limited time worked perfectly well, and there was no recurrence of the previous problems. The cave was stable and ‘cured’.

The new crisis
Fast forward to 1999. By this time, the existing air-conditioning equipment in the cave was becoming somewhat long in the tooth, and a decision was made to replace it. In view of the strict precautions in place for four decades, one would imagine that the greatest care would have been taken over this work. Quite the opposite occurred, however – it appears that a local firm was selected for the task which had no previous experience of working in caves, and whose workmen were left largely unsupervised, did not wear the sterilised footgear, and, it is said, often left the doors open, turning the cave entrance into a building site. Moreover, the new machine they installed was oversized and wrong for the cave. All of this exposed the cave to outside climatic and biological impacts, and its fragile equilibrium was destabilized. So it is hardly surprising that by 2000, as soon as this work was completed, a new biological pollution of the cave appeared: the proliferation of a fungus, Fusarium solani, characterised by white filaments, which colonized the cave’s floor and ledges, creeping into some of the paintings.

Radical emergency measures were taken with no time or consideration for anticipating side effects. A high volume of antibiotics and fungicide solutions was sprayed inside the cave with no positive results. Instead, they increased the humidity and the fungi bounced back as soon as application of the products ceased. Tons of powdered quicklime were scattered on the floor in an attempt to sterilise the cave, but this raised the temperature. In spite of the authorities’ denial, the fungus kept creeping into some of the paintings. Microbiologists soon learned that the fungus was associated with a second bacterium, Pseudomonas fluorescens, which was feeding off the fungicide. So for nine months, compresses soaked in fungicides and antibiotics were applied to the clay banks and clay taluses where these growths were occurring. But, in the meantime, a third invader was discovered – dark spots were appearing on the walls and ceiling; once again these proved to be fungi and bacteria, so chemicals were applied to them. From 2003 to 2008, teams of art restorers and surveyors spent hours in the cave, days at a time, to extract the persisting fungus by the roots and make a photographic assessment of the cave’s conditions. The teams used strong lights to conduct their work, and these are now suspected to be the cause of a new, rampant invasion of black spots; these have a component of melanin, which is triggered by light, and they are now on and around several of the paintings.

In 2002, France’s Ministry of Culture set up a scientific committee to tackle these problems, but it only met two or three times a year to review the actions decided on by the administrators. The scientists in the commission thus acted as consultants, not decision makers. Being hired hands, or part of the Lascaux administration, they were prevented from talking about the problems with other scientists outside the commission. This situation, with its lack of transparency, was lethal for Lascaux.

Hence, very little news ever reached the archaeological community, let alone the general public, of its deliberations or decisions. It is known that in 2003, the limitations of the chemical treatments were realised, and removal of more sediments from the cave was undertaken since the micro-organisms could feed off them.

What caused this sudden change in the cave? It is pretty obvious to most neutral observers that, after 40 years of stability, the shoddy work done in 1999 is to blame. Some have claimed that global warming is responsible – it is certainly true that climate change is the cause, but it is the climate inside the cave, not that of the outside world; and the destabilisation of the cave’s interior was brought about solely by the irresponsible actions of the bureaucrats in charge of the site. The air-control machine installed in the 1960s was designed to compensate for any slight changes in temperature and humidity inside the cave, and it successfully maintained stability until it was removed. Others maintain that the organisms were always lurking, dormant, in the cave and that the installation work merely aggravated the situation, but either way the blame lands solidly at the door of the administrators of the cave. Unlike at Spain’s Altamira cave, where one person administers everything and things run very smoothly, at Lascaux six different institutions have a hand in running the cave, and there seems to be little coordination.

Be that as it may, the few official pronouncements from the Ministry of Culture were consistently optimistic about the cave’s condition, despite the terrible rumours in archaeological circles about the true state of affairs. But for the most part, there was a deafening silence from the French authorities about the problem. For anyone concerned about Lascaux’s preservation, it was a shock to discover the extent to which the authorities in charge orchestrated a policy of misinformation and denial after the beginning of the crisis in 2000. Until the French national press in 2007 finally revealed photographic evidence of the rampant proliferation of black spots, the official message had been that the fungal invasion had been kept at bay and that the cave’s equilibrium was on the way to recovery. Nothing could have been further from the truth.