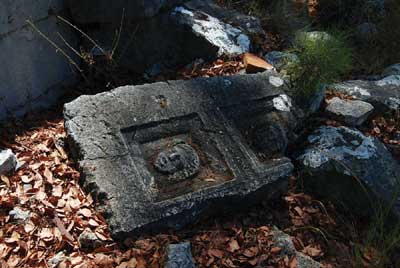 In 1947, at the end of the first day of his excavations at the prehistoric site of Yümük Tepe in Southern Turkey, the Hittite scholar John Garstang announced that ‘some of us have had the idea of starting a British Institute at Ankara as a working base for British scholars in Turkey. The other nations have their bases in Istanbul, but Ankara is now the capital and that is where it should be. I want to arrange an appointment with the Minister of Education about it.’ A year later, the British Institute of Archaeology at Ankara was born.

This story was remembered by Garstang’s nephew, the Hittite scholar Oliver Gurney, in an article marking the 50th anniversary of the institute. Now, to mark our 60th anniversary, we present a selection of the excavations and projects that have had the most significance both for the (recently renamed) British Institute at Ankara, or BIAA, and for the archaeological community as a whole.

Any retrospective of the institute must include the discovery of the 10,000 year old Neolithic site of Çatalhöyük, one of Turkey’s – and the BIAA’s – most famed sites. Çatalhöyük consists of two occupation mounds and is located in the heart of the Konya plain in Central Turkey. James Mellaart, the BIAA’s assistant director (see Box on pages 46-47), discovered the site in 1958, and headed excavations between 1961 and 1965. The impact of the initial discovery of Çatalhöyük was immense.

Previously, the existence of Neolithic occupation on the Anatolian plateau had not been expected. But the discovery of the site and the subsequent fieldwork seasons during the 1960s produced a series of dramatic discoveries that opened up new possibilities for the study of the Neolithic in Anatolia. Moreover, such was the complexity of the site – which was crammed with house upon house – that it was, at the time, triumphantly heralded as the ‘world’s oldest city’, although this view has now been somewhat modified.

Among the many fascinating discoveries was evidence for elaborate wall decoration, including plaster relief animals and possible divinities on wall faces, plus a range of wall paintings depicting scenes of hunting and other activities. Many human burials were excavated from beneath the floors of the houses and buildings, and a large number of finds uncovered, including pottery, obsidian, and bone tools.

At the end of Mellaart’s digs it was still clear that much remained at the site. After a lull in excavations, the ‘father of theoretical archaeology’, Prof. Ian Hodder (Stanford University), returned to the site in the 1990s, and commenced what has been described as one of the world’s most ambitious excavation projects currently in progress.

Hodder’s work continues to have the long term support of the BIAA, requiring large scale funding and planning. An array of modern archaeological techniques have been utilised to build up piece by piece what life would have been like at the settlement of Çatalhöyük. These have included studies of the geomorphology of the site and region, collection of surface artefacts, surface scraping, and a regional survey of the Konya plain. This in turn has led to the discovery of the nearby settlement of Boncuklu, now being excavated by Dr Douglas Baird (Liverpool University). Boncuklu may have preceded Çatalhöyük by about 2,000 years.

At the height of the 2008 excavation season, around 120 people were at Çatalhöyük. The dig house buzzed with diggers, scientists, illustrators, and specialists in everything from phytoliths to teeth to fire forensics. Excavations concentrated on a burned building that contains a large number of significant finds – for example, on the north east platform of the burned building the team uncovered wild bull horns set in two pillars that appear to be ‘protecting’ the burial below. Around this, they discovered an elaborately decorated wall with a plastered ram’s head with horns removed. This year has also seen good practical improvements to the site, including the construction of a protective shelter over a new area of excavation. It is planned that 40 more houses will be opened up under the shelter, enabling tourists and visitors to witness what life would have been like at the settlement.

Fifty years after its discovery, work at Çatalhöyük continues to be of enormous interest to archaeologists, scientists and those interested in the development of early human society.