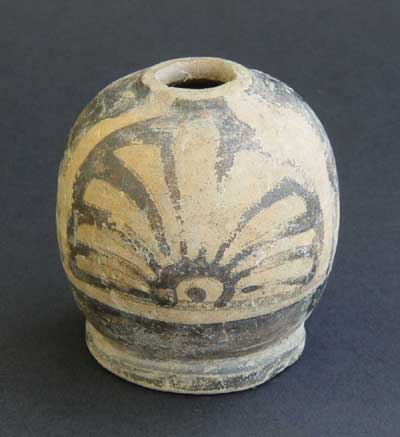 The archaeology of the 8th and 9th centuries, as our Europe began to take shape, is the most elusive of all periods. Discovering it is intoxicating, both because of its rarity value and because inevitably the historical implications of the archaeology are so important. I was raised on the archaeology of Hamwic, Anglo-Saxon Southampton where, in the unprepossessing modern suburb of St. Mary’s, England’s greatest Middle Saxon site lurks below pavement level. Then 30 years ago, while accompanying Graeme Barker (now Disney Professor of Archaeology at Cambridge) down the Biferno valley in southern Italy, I recognized a site found in his survey, arcanely registered as D85, to be 9th century in date. Excavating it the following year gave me my first taste of Dark Age Italy, then a wholly unknown era to the embryonic group of Italian medieval archaeologists. D85 led me to San Vincenzo al Volturno where more by accident than by design we plunged into a deep room filled with fresco fragments, including one depicting a cherublike saint of the 820s. After a further 15 years we had discovered the sprawling plan of the monastery with its riches, often as not lying in the carbonised remains caused by an Arab sack on October 10th, 881. Not surprisingly then, when Lords Rothschild and Sainsbury invited me to excavate for their foundation at Butrint on the Straits of Corfu, my first thoughts were not of the trophy art that the Greek and Roman remains held, but of the archaeology associated with the visit of the Sicilian, St Elias in 881 when he and his companion were imprisoned for being Arab spies by the local Byzantine commander. As it turned out, nearly 14 years were to pass before we made a little sense of 8th and 9th century Butrint. Trophy art in the form of Roman statuary proved much easier to discover than the age when this port was uncomfortably in political limbo as the Slavs held sway over much of the Balkans.

So where in Butrint did this Byzantine commander live? Conventional scholarship led us to believe he occupied a small castle on the acropolis, proud above the ancient town below deserted in the early 7th century. The problem was that the likeliest site of this castle had been eliminated by Luigi Maria Ugolini, the Director of the Italian Archaeological Mission in the 1920s and 30s, who grandly erected his own castle on the spot. Such were the days! Then we benefited from the serendipity of archaeology. In 2004 the local town, Saranda, nominated the serving Prime Minister as its new member of parliament. The Prime Minister needed a campaign fund. What better way than to do some skilful accounting of resources from the national conservation budget and keep the Butrint Foundation on its toes by restoring the prominent western defences, perhaps making a new entrance into the archaeological site? Solinda Kamani, the most junior member of the Institute of Monuments, was despatched with the remit to hire three workmen and to empty the contents of one tower.

Completely unaware of the six-figure sums, Solinda put a respectable trench into the tower following the methods she had learnt on the Butrint Foundation training programme. What she found puzzled her. Below a shattered floor of 5th century paving tiles and carbonised timbers were several whole pots, including an intriguing portable oven, known as a chafing dish. Glassware also lay in the wrecked room in abundance.

At first I wondered if the tower, the first prominent landmark to any approaching ship sailing up the Vivari Channel from the Straits of Corfu, had been sacked by the irascible redbearded Norman, Robert Guiscard, who violently prised Butrint from the Byzantines in 1081. But Joanita Vroom, the Foundation’s medieval pottery expert, was graciously adamant: the crudely glazed chafing dish belonged to the 8th or 9th century. A radiocarbon date, processed by a laboratory in Lecce, southern Italy, needless to say confirmed Joanita’s opinion. Irked though I was to lose the connection to the great Guiscard, it was plain that the little tower now held a most precious treasure for the long history of Butrint. This year’s season began in early June. Solinda now partnered by Matthew Logue, fresh from his masters’s thesis on Irish castles, with a team including Polly Mitchell and Jonny Price from Norfolk as well as adolescent workmen from the impoverished village of Shen Deli (named after St. Elias), excavated the remainder of the tower and the area in front of it. Tiny in area, given the unexpectedly packed panoply of finds, the one-month dig lasted ten weeks, extending to the end of the hottest July on record.

Measuring no more than 4m by 4m, the ground-floor of the tower was plainly a storeroom for the residents on the floor above, as was common in this era. In the centre of the beaten earth floor was a simple hearth, next to which the portable oven – the chafing dish – was found. Just inside the door, in front of the hearth, were two collections of stores. To the right lay a collection of glass, probably in a crate of some kind. It contained at least 61 thinstemmed glass wine goblets, the bowl of the vessel being decorated with four curious udders. Sarah Jennings, the project’s glass specialist (on a busman’s holiday from English Heritage), had never seen anything like these before. At first we thought we had discovered a splendid dinner service set. However, tellingly, associated with the goblets was a chipped lump of opaque greenish glass – cullet – as well as window glass, and fragments of late Roman vessels. The glass, it appears likely, was an extraordinarily precious consignment destined for a glass-maker who would melt the pieces down to fashion new vessels. Just such a glass-maker from this period was discovered in my excavations of the monastery of San Vincenzo al Volturno in Italy. Concentrated beside it was a mixture of improbable pottery vessels. The most striking were two tall tube-like vessels with flat bases crudely ornamented with several rows of wavy lines close to their mouths. Resembling ceramic versions of leather jugs, these curiosities evidently belonged to the so-called Slavic tradition of the region, though the forms were unknown to Joanita Vroom. Associated with them was a red-painted amphorae and a large bowl, the size normally used for making a cake. Both were brightly painted with interlinking circles of broad red bands. Joanita favoured an origin in south Apulia (perhaps near the Byzantine town of Otranto); whereas, thinking of my dig at D85, I fancied a source closer to Molise in northern Apulia, perhaps associated with the lost port of Siponto and the celebrated sanctuary of Monte Sant’Angelo on the high promontory above. Keen-eyed Joanita, however, identified a handful of sherds of even greater significance: fragments of thin, whitewalled tablewares almost certainly made in Constantinople.

In the crush of ceramics and glass, almost unnoticed, was a tiny Hellenistic incense pot, its veneer of black-painted decoration much worn. Almost certainly taken from a tomb, this pot, the size of a ink-well, was presumably kept as a token antiquity.

To the left of the door were eight globular amphorae. These had been crushed beneath the collapsed first floor, but with care it was possible to detect that they had been gathered untidily in a corner of the storeroom. Joanita identified most of them as the earliest variants of the Otranto kilns. In other words, most were wine amphorae from the heel of Italy. One of these was different, its fabric darker and its form more ovoid in shape. This Joanita cautiously speculated might be from Ephesus on the west coast of Turkey, but petrographic tests are needed to confirm this.

The staggering collection of finds inside this tiny room almost distracted us from its purpose. With a central hearth, but no evidence of an internal staircase, it appears to have been the storeroom of a distinguished individual – perhaps the commander of Butrint around 800 AD – who lived on the floor above. That floor, paved with distinctive 5th century tiles, was apparently quite clean when it was suddenly overwhelmed by the conflagration. A later medieval outer staircase almost certainly obliterated all trace of an 8th century staircase up to this first floor.

What happened here? And who was the distinguished occupant? A young graduate student from Venice, Francesco Borri, fancifully speculated that the tower was in Slavic hands when it was violently attacked by a Byzantine military mission. Sharing a kilo of retsina with Francesco in a Corfiot taverna, I was readily seduced by this colourful spectacle. But days later it became clear that the door to the storeroom had been closed.

The fire had destroyed the door itself but no trace of it extended outside the tower. On balance it seemed more likely that someone had left the portable oven burning on the hearth and by some strange quirk the fire had spread with disastrous consequences. No arrowheads or other signs of an attack were discovered. Only the disorganized stores of someone, who by the standards of the age, had farflung and wealthy connections. So who lived here? John Haldon’s sumptuous atlas of warfare in the Byzantine world (2007) favours the loss to the Slavs during the 7th century of much of Epirus, including its strategically vital coastline. There is nothing, in other words, to indicate that the Byzantine Empire held onto this western Balkan outpost as its realms were whittled down during the 7th and 8th centuries. Yet the assemblage in the storeroom shows that the proprietor of the tower was someone with connections to the citadel of Byzantium at Constantinople as well as to the tenaciously retained province of Byzantine Italy. This individual, nevertheless, had locally made Slavic wares (albeit of an overtly eccentric kind), yet was engaged in the commerce of one of the great luxuries of this materially impoverished age – glass. The evidence is far from conclusive – there are no coins or imperial seals – but we must assume that the tower was the home of the commander of Butrint, an archon who ruled over the few fishermen who occupied the ruins within a once great city. With the loss of his dwelling, so it seems, the commander moved outside the nucleus of the ruins to occupy an abandoned church in the suburb of Butrint on the Vrina Plain. Here our excavations found the next improbable episode in the city’s long history, and in all probability the place where the unfortunate St. Elias was kept prisoner in 881 AD. Meanwhile the tower remained in ruins until it was mightily refurbished in the 13th century as Butrint attained new status as a fortress town on the Straits of Corfu and its citizens again merited strong seaward walls.